Home > Blog > Chemistry > Should I Choose My Old Flame Over My Safe Boyfriend? 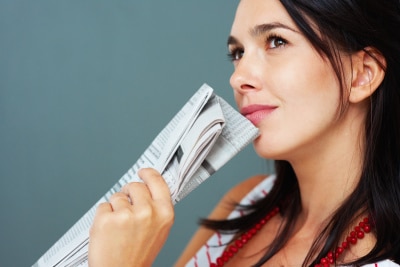 Evan, I’ve been involved with Ken for two years. I met him through friends. He isn’t exactly who I envisioned and we’ve had some tough challenges along the way. I think he’s handsome, and I know he’s ethical, devoted and loves me totally. I love him too but my physical attraction to him has never been strong.

I took a break from him when my Mom died and went back to my hometown. I was praying to my Mom and God to help me to know the way. And then standing at the foot of the lake I met Jim from my High School. It was instant attraction for both of us. We have much in common and there is a sense of joy I’ve not known before. Here’s the catch. Jim had a long affair while he was married which he told me without prompting.

I got scared and Ken kept working to win me back. What I have with Ken is very good. He’s a great friend, I like him and we have things in common too. But I still think of Jim and I know he thinks of me.

I don’t want to throw something away with Ken and have regret. Jim feels we’re meant for each other and his family and friends do too. How do I come to what’s best for everyone?

I would love your insight very much. It’s been thrilling to see your success.

My heart breaks for you, darling.

You lost your Mom and your head is reeling.

You’re thinking of giving up your ethical devoted boyfriend for a man who is a proven cheater.

And if that wasn’t enough, you’re asking to “come to what’s best for everyone.”

The only person who decides what’s best for you is YOU. Got it?

Really, you’re making this way harder on yourself than you have to.

His family and friends think it’s best if you’re with High School Cheater Jim. Fuck them. They don’t have a vote.

The only person who decides what’s best for you is YOU. Got it?

Everyone else’s opinions are irrelevant. Yes, including my own.

But that’s not gonna stop me, of course.

Now, let’s understand that there are exceptions to every rule and aphorism out there. But that doesn’t mean that there isn’t truth to be found in: “When someone shows you who he is, believe him.” And “One in the hand is worth two in the bush.”

Jim has shown you who he is. He’s an admitted cheater and borderline homewrecker who is trying to leverage the weight of his family and friends to convince you to leave your relationship.

You want to willfully ignore all this because you feel more attraction towards him.

You HAVE a man who is husband-worthy. How do I know this when I’ve never even met him? It’s because you’ve chosen to date him for two years — and most women aren’t big on wasting time on men who don’t have husband potential. You’ve described him as “handsome, ethical, devoted and loves me totally.” And you wrote: “What I have with Ken is very good. He’s a great friend, I like him and we have things in common too.”

And you’re willing to throw that all away for the wild-card that is Jim.

But does the heart really know what it’s doing? And is it actually the heart that’s making your decisions for you? I’m betting it’s not.

Barry Schwartz, author of “The Paradox of Choice”, spoke to Lori Gottlieb when she was writing “Marry Him” .

He put things in a very plainspoken way that I’d like to paraphrase for you, Patty.

Basically, he said, we have to make choices with tradeoffs. When you find an amazing guy, like Ken, who may be an 8 on a 1-10 scale, you think of him as marriage material. But then, after a few years, you get accustomed to him. You see his flaws. He becomes more predictable and less exciting. Suddenly, your feelings drop from an 8 to a 6.

You start telling yourself that you could do better. And along comes a guy like Jim. Your attraction to him makes him feel like a 10.

You make your decision. You’re going to toss out your 8 (who turned into a 6) for an exciting, passionate 10.

What you haven’t calculated is this:

Your “10” is going to have his own set of issues, which you may or may not be able to deal with on a daily basis. Attraction is not a solid foundation for a long-term relationship. Good communication and shared values is a much better predictor of success.

So you may be thrilled to get that extra rush of dopamine that comes from your initial attraction to Ken, but one day, that feeling is going to subside — for both of you.

Alas, your 10 will magically morph into a 6 as well. You may be able to put up with his issues (anger, jealousy, bossy, stubborn, busy?) but Jim may decide that, after a few years of marriage to you, that he’d like to find a 10 that he’s more passionate about.

That’s right. Even if your feelings for Jim stay strong, there will always be an undercurrent of fear in your relationship.

It would be like being in the witness protection program; all you can do is hope that the status quo continues to hold. You pray that the cheater has really retired from cheating, even though you have no control over his actions.

So, to bring it on home, when thinking of building a 40-year relationship, you’d better ask who is the safer bet.

Is it the ethical, devoted guy? Or the cheater?

I don’t judge you for choosing the cheater.

But I wouldn’t be surprised if I got another email from you in 5 years either.