Home > Blog > Dating > What You May Be Doing Wrong > Why Eat, Pray, Love Can Be Harmful to Your (Emotional) Health 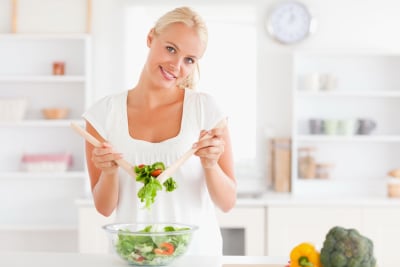 She left her husband, sold a book, and took her book advance to find herself (and transcendent love) in Italy, India and Indonesia.

You know the rest.

So it should be no surprise that Eat, Pray, Love has been on my mind recently. Not just because all of my clients feel inspired by it, but because of its billboard campaign for the movie, which reads:

“You Don’t Need a Man. You Need a Champion.”

You hold out for your hero. We’ll hold out for our Supermodel/Top Chef/Rhodes Scholar. And all of us will end up alone.

That’s what you’re holding out for in a man.

So, for a moment, I’d like you to imagine a movie designed specifically for men.

Not an action movie, not a horror movie.

A movie about one man’s perfect love.

After years of being trapped in a sexless, emotionless marriage to a woman who didn’t want to have a baby, Alex leaves his wife to go find himself. Distraught, he decides to have an adventure.

He drives to Vegas.

He flies to Ibiza.

He journeys to Thailand.

Until finally, he discovers the woman who gives him everything he needs.

Howard Stern and Maxim magazine promote the hell out of it, and Alex sells the movie rights. Soon, it’s in a theater near you.

You won’t see it, of course, but you can’t miss the ubiquitous billboards:

I said this to a private client the other day and she couldn’t suppress her cackle.

Because she knew it was true.

You hold out for your hero.

And all of us will end up alone because there’s nobody that fits the bill. The end!

Not a very happy ending, is it?

Yes, I’m teasing about the billboard, but although my example may be a bit hyperbolic, it’s not that far from the truth.

Women really DO want a hero and a champion.

And yet, in order to find happiness, we both must relax our fantasies a little bit.

Not because they don’t feel great. They do.

The reason to relax your fantasies is because they’re unrealistic, and they almost invariably lead to disappointment.

Take Bill, for example. Bill’s not a bad guy. He just wants his unrealistic male fantasy.

If Bill really expects you to have the same body at 50 as you did at 20, he’s going to be really disappointed.

If Bill really expects you to allow him an “open relationship,” he’s going to be really disappointed.

If Bill really expects you to feed him, while he doesn’t even have to listen to you talk about your day, he’s going to be really disappointed.

For Bill to be happy, we can all agree, he has to adjust to reality.

The message of this blog post isn’t about settling. It’s not about being with a man you can barely tolerate. It’s about the expectation of what a man is capable of delivering.

If you’re coaching Bill, you tell him that he should be thrilled that he has an active, healthy, sexual woman who knows her way around the kitchen at all.

You don’t encourage him to hold out for Angelina Jolie meets Rachael Ray.

Yet you still feel entitled to hold out for your fantasy. The hero. The champion.

Listen, as a dating coach, my job is to help you find happiness in your love life.

Because of this role, I have a unique access to your inner world. You might even say that I often understand you better than your own boyfriend.

Which is why it’s very easy for me to observe that your expectations of men are RARELY met.

Sometimes, you’re 100% correct in your assessment.

But these aren’t the only expectations that aren’t being met by men. I usually hear something like this:

“I want to feel that thing in the pit of my stomach. To get nervous when he calls. To admire him and think about him all the time when we’re not together.”

You realize that every time you’ve had that feeling, it’s never worked out, right?

Just know that, percentage-wise, the number of men who are cute, smart, kind, tall, funny, generous, ambitious, successful, and family-oriented is miniscule.

Now you want to add in “inspirational?”

You know how many men are left?

That’s okay. Neither do I.

The message of this blog post isn’t about settling. It’s not about being with a man you can barely tolerate.

It’s about the expectation of what a man is capable of delivering.

There are millions upon millions of decent looking, thoughtful, bright, solid men who want to marry you, cherish you, build a family, and create a life together.

If only you would love them and accept them.

Believe me, nobody wants you to achieve your dreams more than I do.

But if you’re holding out for a hero, yet no guy ever fits the bill (and also sticks around!), it may be time to act like Bill, who finally gave up on his Angelina Jolie fantasy and is thrilled to have found YOU.

This is how a man finds love. By accepting all that you are, imperfections included.

You need to do the same with him.