How Can I Get My Boyfriend To Stop Sharing Private Details About Our Relationship? 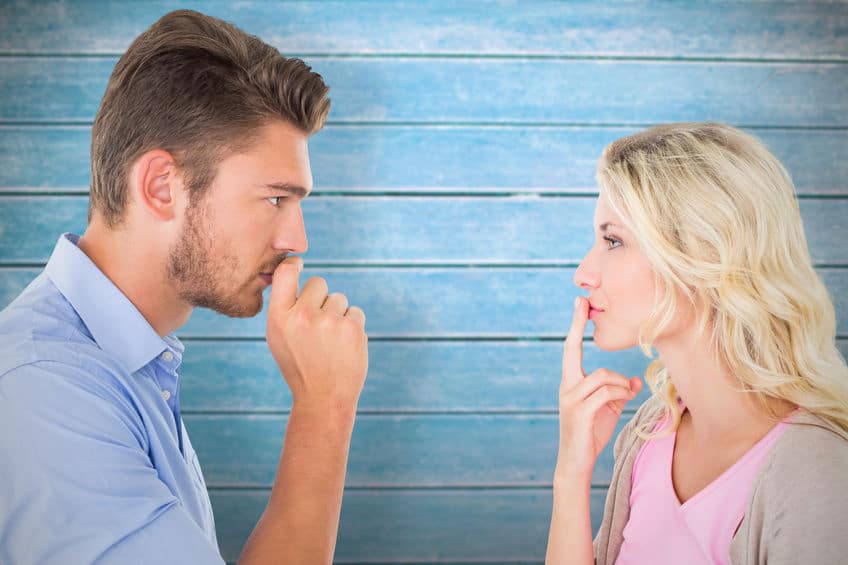 I have a really sweet boyfriend. He’s giving, kind, and proud of me. He always wants to introduce me to his friends and I really love his “shout it from the rooftop” attitude. However, I’m a fairly private person and I don’t always like things that other people might find inconsequential to be discussed. When we are around his friends he often makes comments about my body, “my gf kills a mini skirt, have you seen her a**?” or if I’m on the phone he’ll say things to me like “I really liked that sexy [private] pic you sent me earlier today.” When it’s just the two of us he doesn’t talk to me like that. I’m embarrassed and angry every time he does it. He keeps saying he doesn’t even realize he’s doing it and seems really apologetic after I address it but to me it feels like a lack of respect. Am I hoping for change by sticking around with someone who doesn’t understand that the image I portray to my intimate partner isn’t necessarily something I want the whole world privy to? Or am I being picky?

I’m of two minds about this, Kelly.

On one hand, I sympathize with you. You’re a fairly private person. You don’t run around shouting your most intimate thoughts from the rooftops. And since you don’t operate that way, you have a hard time fathoming how anyone does operate that way.

The problem is that your boyfriend feels the EXACT same way. He’s an effusive, public person. He’s comfortable in his own skin. He feels he has nothing to hide. It’s easier for him to shoot from the hip and be himself than to try to censor himself and be more like you. So he keeps putting his foot in his mouth, and while he’s indubitably sorry that he’s upset you, he can’t really help himself.

I know this, deep in my bones, for one reason: I’m just like your boyfriend.

I’m not defending it, by any stretch of the imagination. I had a best friend who felt I was a traitor for speaking my mind about him in conversations to friends. In his world, the role of a friend is to keep everything looking good from the outside. I completely get that. Except in my world, the role of a friend is to be able to be fully self-expressed and honest, and accept each other no matter what gets said. Puffery, secrets, lies, half-truths — all designed to paint a false public picture — are not for me, although I understand why private people want to keep things that way.

It’s rarely about “right” and “wrong.” It’s about whether you can accept each other despite your respective flaws.

My wife’s first marriage was falling apart — and no one around her knew until she got separated. That’s the way she rolls.

If my marriage were falling apart — every single one of my friends and acquaintances would know about it before we got separated. That’s how I roll.

Whether you side with me or my wife says a lot more about you than it does about me.

This is, of course, just a roundabout way of saying the same thing that I say all the time on this blog: it’s rarely about “right” and “wrong.” It’s about whether you can accept each other despite your respective flaws.

You can try to teach your boyfriend how you feel. “John, when you talk behind my back like that — even if you’re praising me — it makes me feel very uncomfortable and violated. I know you don’t mean to hurt me, but can you try to remember that I’m not as public as you are and I prefer to keep some things between us? Thanks, sweetie.” He’ll hear you. He’ll agree with you. He’ll tell you that he’ll do his best. And he will. Until he slips up again. Because that’s just who he is — an open book.

So, like I told the last reader who was debating whether or not to keep her boyfriend, you can either accept him as he is — and know he will be this way forever, or you can try to find another guy who is just like him who is private like you. Either way, you’re entitled to your opinion.

But from where I sit — admittedly in your boyfriend’s seat — having a boyfriend who is so publicly effusive about you is probably a crime that you can learn to live with.