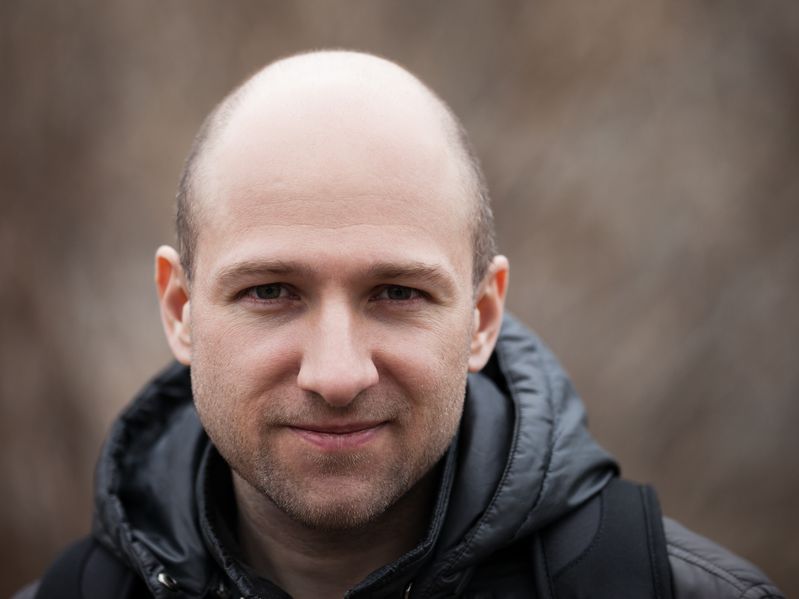 I have kind of an unusual question, and I was hoping to get your take on it. I’ve been dating my boyfriend for three months now, and there are lots of things I like about him. He’s really smart, and makes me laugh, and we both have the same values. However, he regularly tells me how sorry he feels for single women in general, and talks about how particularly sorry he is for women in San Francisco (where we live). He constantly talks about how other men are such jerks and players, and how he feels so much pity for his women friends, for his female boss and co-workers, and for all the women he dated before me. It is starting to make me uncomfortable.

A little background, I’m 30 and just moved home to San Francisco from New York City about 8 months ago. Sure, like any big city, San Francisco has its share of flaky dudes, or men too busy for a relationship. But there are lots of smart, interesting guys here, and there are actually more straight men than women because of the tech companies. Compared to NYC, San Francisco seems like a square deal. A lot of my guy friends who work in tech here complain about how hard it is to meet women.

I’ve tried to tell my boyfriend that dating here (and anywhere) is challenging for both sexes, and it’s probably best to have a little empathy for everyone. But he doesn’t seem to want to drop the issue. I’ve asked if this is some kind of strange sales pitch, and asked why he brings it up so much, but he just insists he’s just a nice guy who feels really sorry for women. I can’t tell if this is genuine concern, or it’s some kind of weird high-pressure commitment tactic. It usually comes up when I’m busy or he’s annoyed about something, so it seems like the latter. But there’s no need to pressure me – I’m already committed to him! And anyway, wouldn’t it be best for everyone if I date him because I like him, not because he’s managed to scare me away from the dating scene?

One last thing – my boyfriend is completely bald. I think he’s cute, but not every woman loves bald men. I feel like if I talked about bald men the way he talks about women, he’d probably get uncomfortable too. Part of me wants to turn the tables and say things like “I feel so sorry for bald men – it must be so difficult for them to find love when women prefer hair.” But that just seems mean and unproductive!

Should I cut this guy loose and find someone who isn’t into scare tactics, or do I just assume the best in my boyfriend, and that he’s got some kind of misguided knight-in-shining-armor complex, and try to see the good in it?

Every once in a while, I get a letter that I’ve never gotten before. Thanks for making my day, Sarah. Unfortunately, I don’t have all that much to add to your analysis.

He’s a nice guy who feels really sorry for women.
He’s insecure about being bald and a “nice guy” since many women don’t like both traits.
He’s trying to put himself on a pedestal as a paragon of virtue, thereby “scaring” you from the broader dating pool of Silicon Valley Tinder-ing D-Bags.

If I were you and I actually liked this guy (after all, he IS your boyfriend), I would put it to him straight.

I would bet that the answer is D) All of the above.

So if I were you and I actually liked this guy (after all, he IS your boyfriend), I would put it to him straight:

Please, take yes for an answer. I’m already your girlfriend. And every time you tell me that you feel sorry for women, it makes me feel really awkward, as if I told you “I feel sorry for bald men because women judge them unfairly. Aren’t you lucky you found me?” Then listen to his reaction. He will hopefully admit some level of insecurity and you can bond over getting past this hurdle. And if he doesn’t, and this annoys you that much, then, by all means, you have the right to find a guy who doesn’t see fit to remind you all the time that you’d be lost without him.

Oh, and for extra reading on the pathology of being the “nice guy,” pick up a copy of Dr. Robert Glover’s “No More Mr. Nice Guy.”

This website uses cookies to improve your experience while you navigate through the website. Out of these, the cookies that are categorized as necessary are stored on your browser as they are essential for the working of basic functionalities of the website. We also use third-party cookies that help us analyze and understand how you use this website. These cookies will be stored in your browser only with your consent. You also have the option to opt-out of these cookies. But opting out of some of these cookies may affect your browsing experience.
Necessary Always Enabled
Necessary cookies are absolutely essential for the website to function properly. These cookies ensure basic functionalities and security features of the website, anonymously.
Functional
Functional cookies help to perform certain functionalities like sharing the content of the website on social media platforms, collect feedbacks, and other third-party features.
Performance
Performance cookies are used to understand and analyze the key performance indexes of the website which helps in delivering a better user experience for the visitors.
Analytics
Analytical cookies are used to understand how visitors interact with the website. These cookies help provide information on metrics the number of visitors, bounce rate, traffic source, etc.
Advertisement
Advertisement cookies are used to provide visitors with relevant ads and marketing campaigns. These cookies track visitors across websites and collect information to provide customized ads.
Others
Other uncategorized cookies are those that are being analyzed and have not been classified into a category as yet.
SAVE & ACCEPT
41 Shares
Tweet
Share41