Home > Blog > Dating > What You May Be Doing Wrong > If You Are Short, Fat, Older or An Asian Man, You Must Read This. But Especially If You’re Short. 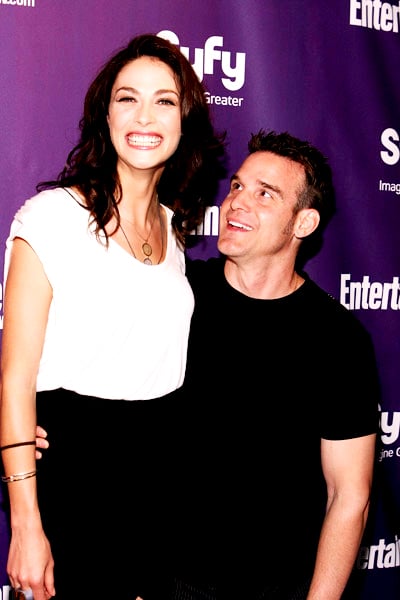 If you’re a regular reader, you probably knew that I was on the CBS Early Show in July. Appearing with me was one of my all-time favorite clients, Tom Pandolfo. Charming, charismatic, successful, warm, athletic… Tom has it all. The only thing missing in his life is a woman. So, after hiring me as his dating coach, we set to work in rebranding him on Match.com.

We took new professional photos. We had Tom fill out my long questionnaire and submit to an hour of questions from me on the phone. We wrote two new profile essays that were unique, funny and confident. We renamed him “LookMaNoHair.”

And we watched as his in-box filled up with interested women.

You can see what a great experience it was in this CBS Early Show clip:

What I haven’t yet mentioned is that Tom Pandolfo is 5’3″.
I didn’t want to mention it for the same reason that Tom didn’t want to mention it in his profile: because it’s irrelevant to anything that makes him a good accountant, husband, or father. Yet his height defines him, since it has prevented otherwise interested women from being interested in him over the course of his entire life.

Height is irrelevant to anything that makes a man a good husband or father.

This instantly reminded me of a story that ABC did years ago on this very issue.

To see if the women would go for short guys who were successful, ABCNEWS’ Lynn Sherr created extraordinary résumés for the shorter men. She told the women that the shorter men included a doctor, a best-selling author, a champion skier, a venture capitalist who’d made millions by the age of 25.

Nothing worked. The women always chose the tall men. Sherr asked whether there’d be anything she could say that would make the shortest of the men, who was 5 feet, irresistible. One of the women replied, “Maybe the only thing you could say is that the other four are murderers.” Another backed her up, saying that had the taller men had a criminal record she might have been swayed to choose a shorter man. Another said she’d have considered the shorter men, if the taller men had been described as “child molesters.”

Lest you think this is an example of reality TV finding evidence to support a story, Tom tried his own experiment last week. Sure enough, few women give a fair shake to a man who is 5’3”, no matter what else he has going for him.

I’m going to let Tom take it from here.

So I tried changing my profile for three days just to see what the difference was between being 5’3″ and 5’10”.  I wanted to know if height was the only difference and the constant deal breaker.  So I moved my profile from Pittsburgh and posted it for 3 days in a town where nobody knew me (Philadelphia). Here’s what I found:

This proves, in stark and undeniable terms, two things:…

Okay, I’m kidding about the last part, but only because I’m so serious about the rest of this. Really, it kills me.

Why, in God’s name, is it important for women to stand on tiptoes to kiss a guy?

Believe me, Tom is no “woe-is-me” kind of guy. He’s just been confronted with a very ugly reality that has shaken his confidence in people. And even though we had good initial results, the fact remains, empirically: women don’t want short men.

And although you can feel free to substitute “older women”, “older men”, “heavier women”, or “Asian men”, I honestly feel that nobody gets a rawer deal than short guys.

Honestly, ladies…You can get your own dishes from the top shelf. You don’t really need to feel “protected” from the dangers of suburbia. And why, in God’s name, is it important to stand on your tiptoes to kiss a guy?

So how about it, women? Is there any legitimate reason not to go out with this amazing, amazing man?

Talk to me. I want to hear the truth.