How You Misunderstand Your Dates and How It Backfires 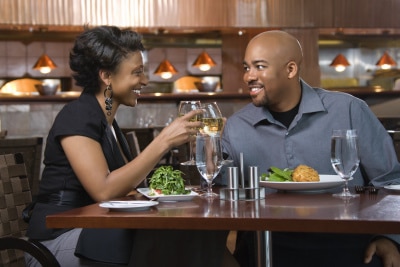 Did you ever wonder after a date why he didn’t call back?

Did you ever think you had a great time, but were shocked to discover that he didn’t feel the chemistry?

It’s really common — for both men and women — but if you’ve never bothered to put yourself in the shoes of the opposite sex, you may be killing your chances to find love.

Translating men to women is what I do best.

Your perspective on sex is way different than his perspective — and how neither of them is wrong!

Each time you go on a date, you have an agenda. You may not be conscious of it, but every man you meet causes you to ask these questions:

Is he polite to the waiter?
Does he reach for the check instantly?
Does he talk positively about other women?
Is he pressuring me for physical contact?
Does he want to learn more about me?
Is he looking for a long-term relationship?
Does he have good values and will he fit in my world?

None of these are “bad” questions. But, if you add them all up, what you’re doing is tantamount to acting like a detective. You’re trying to figure out, in 90 minutes, whether this stranger is potentially husband-worthy.

That’s a lot of pressure to put on yourself (and him) on a first date. You’re picking up on every subtle clue and extrapolating it to a greater meaning.

So if he talks about his crazy ex, you may conclude that he’s hung up on her or is a misogynist with baggage.

Or if he talks about himself too much, you conclude he’s a narcissist who’s not interested in you.

Or if he seems interested in you physically, you conclude that he’s disrespectful and wants only one thing.

These are all possible conclusions you can draw, but they are, by no means, the only conclusions. In fact, they’re probably incorrect.

A man who talks about his crazy ex may be a great guy — with a really crazy ex and some good stories to tell. If he has bitter feelings, he may be entirely justified in having them. His only crime is in not knowing how he comes across on the date.

A man who goes on and on about himself may be extremely interested in you, and extremely nervous that he’s not going to impress you. So he tells you as many things as he can to “impress” you, so he’ll have a chance of getting a second date. You think he’s selfish. He may just be insecure.

Finally, a man who tries to kiss you at the end of the first date is also known as a “man”. That’s right. Men who are attracted to you want to kiss you. It’s not a crime, it’s not a flaw, and it’s not inherently inappropriate. Sure, a kiss after 3 minutes at Starbucks is pretty weird, but following dinner, drinks, and a car ride home, a good night kiss is standard behavior for a man who’s attracted to you.

I share this with you because you may feel that men are supposed to do things YOUR way.

Theoretically, we can do everything perfectly right on a date — check off 20 for 20 on your scorecard — and then be dismissed for trying to kiss you. And if every little misguided action can set you off, it becomes really hard to make a good first impression.

Which is why I wanted to remind you of an insight I had about men’s and women’s first date agendas:

This is a fundamental difference between us and I think it’s important to know that I’m not blaming you for trying to figure out where things are going.

Since you want the potential for love, you give your first dates the tightest screening outside of airport security — and dissect everything he says to determine if he has long-term relationship potential.

Alas, while your heart is in the right place, your efforts are premature — and they usually backfire. Men don’t like to be dissected.

We know when you’re asking leading questions about our jobs, exes, financial stability, sexual past, and desire for family and kids. So, for your own sake, stop thinking of the future when you’re on a date. Try hard to have fun and stay in the present.

By enjoying the night, having light, breezy conversation, and flirting a little bit, you’ll ensure a great first date which will make him want to ask you out again.

That gives you the choice to go out with him or not and allow him to reveal himself over the course of the next few dates.

While you are entitled to want to figure out the entire puzzle at the very beginning, it’s generally a losing proposition. Not because you’re wrong for wanting to protect yourself from wasting time on a bad man — but because it doesn’t WORK.

Men run from women who interrogate them in the pursuit of love, the same way women run from men who push for sex too soon.

Can you see the parallels?

There’s nothing wrong with a guy wanting to have sex one day. The problem is when they push for it too fast. The harder they push before you’re ready, the more you pull away.

Smart male daters know that women want trust, comfort, and security. If they’re wise, they’ll take appropriate measures to show you this during your first date.

These subtle nuances of relationships are where most of the friction lies in dating.

Similarly, if you’re a smart woman dater, you’ll know that men value attraction and want to feel desired. So if you’re wise, you’ll take appropriate measures to show them this during your first date.

To be clear, this doesn’t mean sleeping with a man before there’s a commitment. It means putting yourself in his shoes.

All you have to do is let him know.

If you like him, a kiss is a great way to do this.

Once again, just because men want sex doesn’t mean they get sex on the first date.

Just because women want love doesn’t mean they get love on the first date.

But if you want to be the BEST first date, you’re probably smart to give a little hint of what’s to come in the future — just like the right man shows that he’s interested in a relationship, instead of just sex.

These subtle nuances are where most of the friction lies in dating. And whether you’re dating online, offline or are embarking on a new relationship, there are hundreds of ways in which your miscommunication can sabotage your connection.

It doesn’t always come naturally, but once you “get” it, you’ll be amazed at how easy it is to relate to men.