I’m a Single Mom Who Is Ready To Give Up On Men Because They All Want Sex. 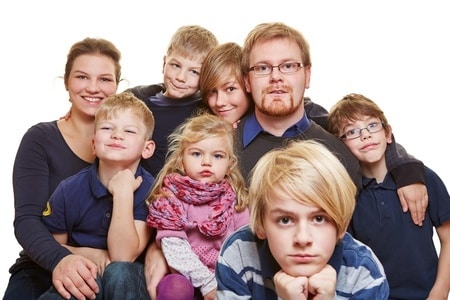 I am 34 years old, divorced four years. I was married for ten years, have four beautiful boys under 9 and have a very fulfilling and successful career. My life is happy, but I really would love to share it with someone… but dating when you have FOUR kids is like the Mt Everest of the dating world! It seems almost impossible for men to see past that.

Well, let me clarify: I have no shortage of “dates”. I guess I must be in reasonable shape because NOBODY can guess I’ve even had four kids, or that I’m even 34 (I get asked out by guys in their early 20s- I feel like I should read them a story and tuck them into bed… not GET into bed with them, uh!). I have an outgoing personality and seem to be asked out a lot… we usually go on a few dates, everything is going wonderful… but nobody ever COMMITS. I’m not talking about church bells, but just to an actual relationship.

I am SICK of feeling used. I am sick of being treated like a piece of ass, and treated like I must be desperate because I have kids. I’m tired of guys treating me like I should be grateful if they even stick around for five minutes. Even if I really take my time getting to know someone before we become intimate… it seems that sex is all they continue to want. Don’t hear from him for days, I assume it’s over…then a text with, “hey are you home tonight?” Grrrr.

I am seriously at the point of giving up on the whole dating thing… Is it too much of an ask that I could actually meet someone who can see me as a woman, and not just as mother or worse, a bit of bedroom fun? Should I just shelve my desire to find a partner? I know Everest is high, but SOME people get up the damn thing, don’t they?

Ironically- I write Romantic Comedies for a living. I just didn’t think I’d end up stuck in one. 🙁

Before I give you the pep talk you need, let me first acknowledge the painful truths that you’ve eloquently outlined above. I’m sure many other women can relate.

Having four kids under the age of 9 is a huge handicap. I’d try to spin it in a slightly more positive way, but I can’t. As a screenwriter, I don’t know if you live in LA or not, but this is a town where people don’t grow up for a really long time. I got married at 35 and had kids at 37 and 39 and I was ahead of most of my friends. There’s no way that I — or most men who don’t have their shit together — would willingly enter into a relationship with a woman who has so many other responsibilities, the way all moms do.

At risk of making myself look bad, I once dated a single mom of a two-year-old. She was smart, she was sexy, she was financially independent — and she had no time to give to me. At the time, when I was 33, I blamed her for this, thinking that if she liked me more, she’d make a greater effort. In fact, it had nothing to do with me. What I didn’t know then is that kids suck up every second of free time you’ve got, and that you have to work extra hard to create me-time, much less couple-time. Ultimately, all I wanted from that single mom was to hook up, because that’s all I felt she could give me. Whether it’s fair or not is debatable, but that’s how I felt at the time. I’d venture to guess that your sex-oriented guys feel the same way. It’s not you they don’t want; it’s your lifestyle.

You shouldn’t quit because single men your age want sex and more time. You should just find a guy who is looking for a Brady Bunch family, who sees sex as the icing on the cake instead of the cake itself.

Maybe your ex shares custody and gives you weekends off, but I think we can all agree that women with four kids have less available time than women without four kids. And if the greatest gift a woman can give a man is her time, who are men going to gravitate towards — the harried mom who has to manage four lunches, babysitters, soccer practice, and bedtime routines — or the one who is blissfully unencumbered by such essential responsibilities? Put yourself in their shoes and it’s pretty easy to see.

The fact that you’re caring, kind, loyal, warm, and intelligent means that you have a lot going for you and will ultimately make a guy very happy. So instead of giving up on the whole thing — which, as you know — is incredibly shortsighted, given that you have 50 more years on this earth, how about you change focus?

Middle-aged divorced men understand what it’s like to be you. Single guys in their mid-30s who want to have their own biological kids in four years don’t. They want to take spontaneous romantic trips to Vegas, which is something that’s hard to do with four children of your own.

Instead of dating cute 34-year-old single guys who don’t have kids, how about you date cute 43-year-old guys who are in the exact same spot in life, who understand your predicament, who have obligations of their own, and who will be delighted to meet a woman who gets THEM.

You shouldn’t quit because single men your age want sex and more time. You should just find a guy who is looking for a Brady Bunch family, who sees sex as the icing on the cake instead of the cake itself.

I promise you, they’re out there.

Today, I’m giving you my new book, “Believe in Love — 7 Steps to Letting Go of Your Past, Embracing the Present, and Dating with Confidence.” and it’s going to forever change the way you view dating, men, and relationships.