Home > Blog > Dating > Staying Cool > I’m in my 30’s and I Don’t Want to Waste Time With the Wrong Men. How Soon Should I Find Out If He’s Serious About Marriage and Kids? 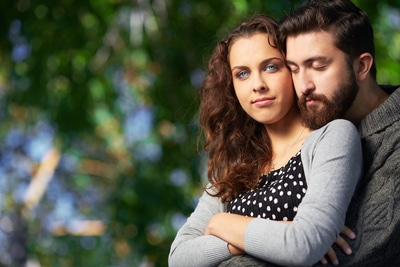 My friends and I are all in the range of early to mid- to somewhat late 30’s and this is a very difficult time to find “the one”. When I was in my 20’s, I never worried about having to find out if my date/bf wanted kids or where he wanted to live or if we have the same ideas about money and spending. We would spend 2+ years together (not worrying about future or marriage) and then break up if we got sick of each other or fell out of love.

But now, let’s be realistic, how long do we really have to waste? I am almost 33. If I spent 2 years with someone and it didn’t work out, I would then be 35, and I want kids!

So, at this age, how soon is it okay to have a talk about what we want in life… 1st, 2nd, 3rd date? What if a guy that is amazing says he is unsure he wants kids and I know I want them? I drop him, right? If a guy in his mid 30’s thinks it is ok to date for 2 years and see if it is right, then my instinct is to let him go. By the same token, I feel that it is appropriate to KNOW by 6 months if this person is the one or not. Is this correct? Let me remind you that I’m not talking about people in their 20’s who enter into 5-year relationships. My friends and I want to be smart. I just ended a relationship with a guy after 6 months who told me he had serious doubts that I was the one.

How long until you should know (at this age) and how long until you should be planning to get engaged/married? I know people that get engaged after 6-8 months because they just know. I do NOT want to waste time. I am still considered young, but one long-term relationship that goes nowhere and I am 1-2 years older! If a guy tells me he wants to date for 2 years, then if we are right, he wants to get married, but then travel for a year before thinking about having kids, shouldn’t I run? I hope all of this makes sense. All of my close single girlfriends are in the same boat. We are all in the same age range and try to live by the “rules” of not bringing up marriage and kids and future goals or when we want those things. But shouldn’t we talk about that early on, in order to know we are on the same page? I want to date someone that is also looking for “the one” and knows that he wants it soon, just as I do.

Thanks so much, SK

I couldn’t be more sympathetic to you. Now that I’m almost 37, most of my friends are in this 35-40 range, and there’s no doubt of the psychological toll that being single takes on them. The window to have kids is a narrow one, and, for that reason, it makes everything feel urgent.

The window to have kids is a narrow one, and, for that reason, it makes everything feel urgent.

I’m confident that just about anyone in your position would feel the exact same as you do. But, like an employee who has to grin and bear it when he’s got to work overtime, you have to figure out a way to smile, breathe deeply, and not get overwhelmed by your feelings. First, let’s try an exercise. Pretend you’re a guy for a second.

Now reread your letter. I’ll wait. Okay. Now that you’ve been privy to this woman’s pain, insecurity, fear and longing, would YOU want to date her? Because while you’re 100% entitled to WANT ANSWERS NOW, most guys don’t HAVE answers now – and they’re certainly not going to feel more inclined to date the woman who demands them. No more than you want to buy the car from the pushy used car salesman who has to make his monthly quota.

While you’re 100% entitled to WANT ANSWERS NOW, most guys don’t HAVE answers now… Playing it cool is still your soundest bet.

I just finished writing about this in my new eBook, “Why He Disappeared”, because it’s fundamental to understanding what makes men choose some women and not others. You’re 33. It’s a great age for dating because you’re young enough to be highly desirable to men in their late 30’s and early 40’s, you’re old enough to be over your twentysomething frivolity, and you’re serious about finding love. But you can’t be TOO serious. The more you approach each man as the potential father of your child, the more each man is going to recoil from your intensity. Playing it cool is still your soundest bet. My best friend married a 40-year-old woman, after two and a half years of dating. She didn’t pressure him once to pull the trigger. They just announced that they were pregnant last week. Another close male friend just married a 40-year-old woman, after two years of co-habitation. She DID put a little pressure on him, but it didn’t help her cause in any way.

Men don’t like to be pushed. My wife was 38 when I met her. If anything, I was the one who felt the need to rush and make decisions quickly, because I want to have kids and didn’t want to waste her time. As you may know, nobody’s cooler than my wife. So as much as you think you’re saving time by putting all your cards out on the table right away, you’re actually sabotaging yourself. There are things that my wife told me after 9 months together that I wouldn’t have accepted after 1 month, and vice versa. Once your guy’s in love, once he’s invested, you have much more power and leverage.

And by the way, your leverage is not in telling him to pop for a ring or else. Your leverage is in deciding whether you have a future, and, if not, walking away with your head held high. Walk away too soon because of YOUR timetable, and you may be shorting HIS timetable.

Learn how to embrace the concept of being cool and letting a man choose you without pressure.

Your concerns are perfectly valid, SK, but your methods for dealing with them come from a place of anxiety. We’re not that attracted to anxiety. So stop trying to figure out how to merge your bank accounts on date 2, stop hinting that you’d like a family on date 4, stop trying to KNOW things about your future when you’ve only been together for six months. YOU might think you know after six months, but if my wife – or my friends’ wives – pressured me or my friends for a decision after only six months together, none of us would be married right now.

You might not like to hear me telling you to just chill out, but it gets far better results than what you’ve outlined above.

Click here to learn how to embrace the concept of being cool and letting a man choose you without pressure. It may not be easy, but for my wife, I’d like to think there are some great rewards…