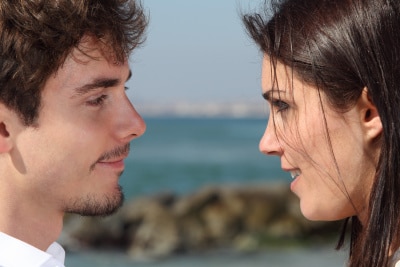 The confirmation bias is a tendency to prefer information that confirms whatever you already believe. It’s dangerous, because under the influence of the confirmation bias, you cherry-pick only facts that reinforce your arguments. The first thing I think of when I hear “confirmation bias” is Fox News, but that is, admittedly, my own bias. And I work very hard not to fall into the trap of having a fixed mindset on things.

It’s with this framing that I want to present to you this article, which contradicts a previously held belief of mine: that belief that men are more likely to prefer a variety of sexual partners. So, why would I hold this belief if it may not be true?

Then some studies came out that women get bored with monogamy faster than men, and suddenly everything I wrote above has been called into question.

Amanda Marcotte, writing for Slate XX Factor, sees this as a sea change. But I don’t. And while it may be my own confirmation bias speaking, here’s the reason:

Marcotte harps on studies that show that women respond to novelty in porn (duh) and fantasize about sex with strangers (double duh). All that proves is that, yes, women can get bored with routine sex as well. I don’t think there’s any right-minded person who ever thought otherwise. What this doesn’t prove, however, is that women are MORE driven by sex than men. While it’s useful to recognize that women and men are similar in many ways, I think it’s shortsighted to suggest that we are the SAME, as if gender was simply a societal construct and not somewhat tied to biology.

Are there some women who can separate love and sex and have no emotional attachment after physical contact? You bet. But there are more men who do.

Are there more women who give up on sex within a marriage? Apparently. But that might just mean that she’s married to a jerk for 20 years and can’t summon any more amorous feelings for him. It doesn’t mean that she’s more likely to cheat or that she values sexual variety as much as he does.

So, to me (and my confirmation bias), this study is much ado about nothing, in that it’s verifying something we already know. The reason that Marcotte is jumping on it is because it confirms what she wants to believe (women and men have the same take on sex), not because it represents a true shift.

Because for every study that says (rightfully!) that women get bored with monogamy, there’s another one that confirms what most of us already know: men are more driven by sexual variety than women. One highly publicized study doesn’t negate that.

Read the article here and please share your thoughts below.