Home > Blog > Dating > Should I Judge Him For His Last Relationship? 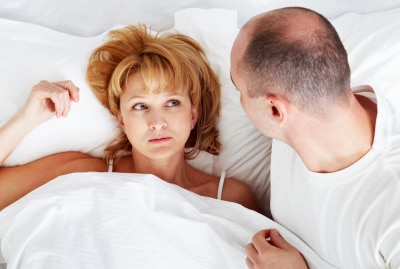 I’ve been a long time fan of your blog and appreciate the advice you give. I’ve been dating my boyfriend for six months and love him very much. In many ways, he’s everything I’ve been looking for.

Recently I found out that there was a significant age gap between his ex-wife and himself. It’s not so much the age difference that I have issue with — the issue is that she was only 18 when they met and he was 34! (They married when she was 23 and she cheated on him two years later.) I know I should not judge a person for his past, but I’m having trouble getting over this issue. I’ve lost a bit of respect for him. It makes me question his judgment. Maybe he’s not the person I think he is?

I’m worried that if I can’t move past this and concentrate on the present that it will doom our relationship. Thanks. —Ava

Let’s just imagine what it would look like if men judged my smart, strong, successful clients for their previous relationship.

Let’s just imagine what it would look like if men judged my smart, strong, successful clients for their previous relationship.

You’d discover the woman who spent eight years “dating” a man who NEVER agreed to be her boyfriend.

You’d discover the woman who spent 20 years with a husband who was verbally abusive.

You’d discover the woman who’d never had a relationship longer than 3 months.

You’d discover the woman who fell in love with her fuck buddy and pretty much consented to an open relationship for a full year.

We can go on, of course, but it’s very poor reasoning to hold someone’s past against him.

For ten years, I dated online prolifically. I hooked up a bunch, and a handful of exclusive relationships, ranging from one month to eight months, but what would that tell you about me? You might think I was a player or a user; in fact, I was desperately looking for love.

I broke up with the women who I didn’t “feel it” for in the first three months.

And all the women with whom I was most enamored dumped me.

In other words, I acted with integrity for the majority of my prolific dating career.

If your boyfriend is a chronically bad decision-maker, what does it say that he’s chosen you as his girlfriend?

Finally, as much as I would never be the 34-year-old who chose an 18-year-old — especially since I’ve always liked older women — there are always exceptions to every rule. We know a couple who had a similar age difference — he was 35 and divorced and she was 20 or something like that. Fifteen years later, they’re still happily married.

So, Ava, is your boyfriend a chronically bad decision-maker? Or did he just make a stupid mistake based on passion, like everybody else on the planet?

I’m guessing it’s the second one. And if it’s the first and your boyfriend is a chronically bad decision-maker, what does it say that he’s chosen you as his girlfriend?

Sorry. That was too easy. But to sum it up from the best book I’ve never read: judge not lest ye be judged. I don’t know what you’ve done in your past, but if you’re single, it’s probably pretty embarrassing like the rest of us.