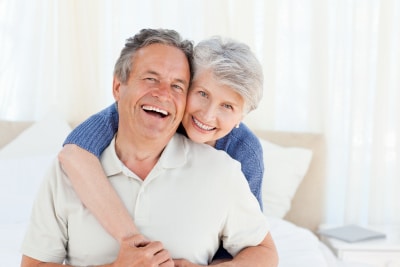 No, it’s not quite as many as Britney Spears, but it’s something that lots of folks have been looking for a long, long time.

It starts with learning from the wisdom of people who are different than you are — old married couples, relationship counselors, and yes, even dating coaches — and considering how to apply their respective points of view to your complicated love life.

You’ve heard me talk about chemistry before. And in the dating business, I’m far from the only one.

Attraction’s not a choice. By the same token, attraction isn’t a very good predictor of relationship health.

A favorite relationship expert named Alison Armstrong says that when you’re lucky enough have your chemistry dialed up to 10 with a man, you should probably run in the opposite direction.

That sounds so counterintuitive. But consider this:

When you’re crazily attracted to some guy, doesn’t that feeling actually make you a little bit…crazy?

You start to obsess about when he’s going to call.
You become weak and needy because you’re so consumed by him.
You can’t stop thinking about him and have trouble focusing on work.

And this is supposed to be a good thing?

Take a second and think about who you are at your BEST around.

It’s probably not the person you lust after the most. More likely, it’s your best friend. Or your sister. Or your mom.

These are the people around whom you can truly be yourself — at both your best AND your worst. So why do you always choose men where you’re walking on eggshells?

“But I can’t help what I’m attracted to!” you might say.

You’re right. Attraction’s not a choice. By the same token, attraction isn’t a very good predictor of relationship health.
I’ve been attracted to HUNDREDS of toxic women. Most times, I was so driven by this attraction that I was willing to overlook their considerable negative qualities.

Have you ever done this yourself? I’m betting that you have.

Because whether you’re attracted to great looks, extreme wealth, or bountiful brains, you can’t help the way you feel. Yet that feeling is EXACTLY why you keep being drawn towards the same incompatible men.

You like a man who is very successful financially? Guess what? He’s likely to be a Type A workaholic. He’s likely to be opinionated and bossy. He’s likely to be on a bit of a power trip. He may have trouble compromising. He’s not necessarily interested in sharing his feelings and has even less interest in hearing your feelings. But congratulations — you’ve got financial security!

You like a man who is extremely attractive? Guess what? He’s likely to be a bit of a narcissist. He’s used to being given special attention for his looks and may not have developed the same kindness and generosity that you have. He may be underdeveloped in other arenas such as intelligence and worldliness, since so much of his life has revolved around people being attracted to him. Oh, and don’t forget, he’s extremely insecure; he needs the validation of constantly finding new women to tell him how gorgeous he is. But boy, is he hot! Enjoy your trophy, my friend.

You like a guy who is super smart? Guess what? Chances are he lives in his head. He’s over-analytical. He’s somewhat of a know-it-all. He has social insecurities. He’s kind of moody because he doesn’t see the world like everyone else does. He’s tortured by his potential. He can be wildly creative and unstable or blindly driven by money. He’s quite possibly depressed, and, at the very least, intense. But, yeah, he’s fascinating. Hang on tight, and embrace the drama!

So when you’re assessing your dating prospects and are thinking past the lust phase into “Who will be wheeling me to my chemo treatments in 40 years”, consider that everything that attracts you comes with a considerable downside.

And the people who REALLY have it figured out — the couples who’ve been married for 40 years — could probably tell you the same.

Ask an elderly married person the secret to her relationship. Do you think you’re going to hear words like: lust, money, and intellectual stimulation? No.

If you’re entirely driven by short-term attraction, you can’t be too surprised when you haven’t found a relationship that sticks.

And if you’re entirely driven by short-term attraction, you can’t be too surprised when you haven’t found a relationship that sticks.