I Compare Everyone to My Ex, But Nobody Gives Me The Same “Feeling.” 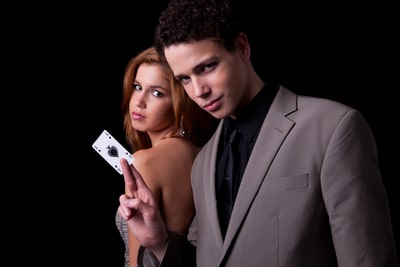 Hoping you can give me some advice.  I dated this girl for 2 years and we broke up last year.   We broke up because she realized that she was no longer “in love” with me and that she felt there wasn’t enough of a spark.  Truth be told, there was another guy in the picture who she obviously had a bigger spark with.  This wasn’t my first breakup but it hit me really hard because I was so in love with her.  In my mind she was perfect in every way, (except for the part where she just wasn’t that into me).  I’ve been dating on and off the past year and I have two main problems:

1.  I’ve gone from being a serial monogamist to becoming completely commitment phobic.  The minute a girl starts to get serious with me, I want to run away.

2.  I compare every girl to her and all I see is flaws in other people.  I keep waiting to have that “feeling” I had with her, because I’m scared that without that feeling, I will not be able to commit.

I’m worried I’m never going to get over this.  Any help is much appreciated.

I would be much more concerned with your second problem than your first.

Your first issue is that you’re commitment phobic. This is a common problem, one that is usually remedied by falling in love with someone. Once you’re crazy about a girl, you won’t have to think twice as to whether you want to be in a relationship with her. Which brings us back to your second problem:

I compare every girl to her and all I see are flaws in other people.  I keep waiting to have that “feeling” I had with her, because I’m scared that without that feeling, I will not be able to commit.

I compare every girl to her and all I see are flaws in other people.

Yeah. This isn’t good. Because it’s not real. It’s a rose-colored view of your ex, one that you’re having a hard time letting go of. Do yourself a favor and think of the things that you didn’t like about your ex. Now, I understand that she broke up with you, so you never really developed a chance to hate her. But that doesn’t mean she’s perfect — not by a long shot. Her main flaw, of course, is that she didn’t want to marry you. And any woman who doesn’t want to marry you isn’t really a very good choice for a wife. There are probably many, many more flaws that you glossed over due to your passion for her.

Being “in love” does this to people. In fact, Helen Fisher theorizes in “Why We Love” that being “in love” may be an evolutionary function that causes irrational thinking. In other words, in order to commit to something as irrational as monogamy, we’d sure has hell BETTER be blinded by love. Of course, that blindness wears off, which is why, when you talk to older couples who have been married for 30+ years, they’ll almost always tell you some version of “It’s hard work/We’re really just best friends/We know how to communicate and argue well/We support each other when it’s tough.” Etc, etc….

A favorite cliché says, “It’s not that my partner is perfect, it’s that she’s perfect for me.” We are willing to overlook all sorts of things when we’re in love. This explains a phenomenon like battered wives, who stay because even though their husbands hit them, they always claim to love them as well. Personally, I’ve put up with women who were selfish, delusional, inconsistent, unemployed, mean-spirited, jealous, and bad in bed. Sometimes I did this because I was weak and needy and just wanted someone in my life. Other times I did this because I was so enamored that her bad qualities barely even registered. But the truth only came out after the smoke had long since cleared.

So stop giving your ex a free pass. Apart from dumping you, she undoubtedly had some other character flaws. In a relationship, it’s smart to minimize the focus on your partners’ flaws. But once you’re out, it’s time to realize that she wasn’t as great as she seemed. Holding onto her perfection is unhealthy, since no new dates can possibly live up.

I keep waiting to have that feeling.

That feeling is great, isn’t it? But don’t be fooled. It’s false clarity. You know how I know this?

Because you had that feeling and she dumped you.

And I had that feeling twice and they both dumped me, too.

And, looking back, if those women hadn’t dumped me — if I had GOTTEN these women who made me glow, I would be absolutely MISERABLE right now. Despite their amazing assets, they both lacked some fundamental qualities that my current girlfriend has: Loyalty, compassion, patience, gratitude, big boobs. You know, the important stuff.

Listen, Ken, there are a few people who put it all together. They meet, fall madly in love, and, even when the smoke clears, they’re left standing together as one. My cousin and his wife are college sweethearts who have been together over 25 years. Another cousin met his wife in junior high school. Hey, it happens. And because it happens, because we’ve experienced that intoxicating feeling, we continue to chase it, to our own detriment. In hoping to replicate the simple clarity of puppy love — we usually forget that it doesn’t stick beyond the first year or two.

In hoping to replicate the simple clarity of puppy love- we usually forget that it doesn’t stick beyond the first year or two.

For just about everybody, the rush, the ecstasy, the high…it eventually goes away. And what you’re left with is a friendship that needs to withstand failure and temptation, financial ruin and sickness. And if your amazing ex-girlfriend couldn’t stick with you before any of those awful things challenged you as a couple, why would you ever think that she’d be willing to stick it out afterwards?

I said it in “Why You’re Still Single”, I’ll say it again: you can hit on 20, but you’re most likely gonna bust.

And after a beautiful Christmas with my girlfriend’s family — generations of couples who have stayed together for years – I’m inclined to think that the ultimate reward is far greater than the evanescent feeling you’re chasing, Ken.

The real reward is in building a life.

This website uses cookies to improve your experience while you navigate through the website. Out of these, the cookies that are categorized as necessary are stored on your browser as they are essential for the working of basic functionalities of the website. We also use third-party cookies that help us analyze and understand how you use this website. These cookies will be stored in your browser only with your consent. You also have the option to opt-out of these cookies. But opting out of some of these cookies may affect your browsing experience.
Necessary Always Enabled
Necessary cookies are absolutely essential for the website to function properly. These cookies ensure basic functionalities and security features of the website, anonymously.
Functional
Functional cookies help to perform certain functionalities like sharing the content of the website on social media platforms, collect feedbacks, and other third-party features.
Performance
Performance cookies are used to understand and analyze the key performance indexes of the website which helps in delivering a better user experience for the visitors.
Analytics
Analytical cookies are used to understand how visitors interact with the website. These cookies help provide information on metrics the number of visitors, bounce rate, traffic source, etc.
Advertisement
Advertisement cookies are used to provide visitors with relevant ads and marketing campaigns. These cookies track visitors across websites and collect information to provide customized ads.
Others
Other uncategorized cookies are those that are being analyzed and have not been classified into a category as yet.
SAVE & ACCEPT
248 Shares
Tweet
Share248