What You Can Do When Things Go Wrong In Love 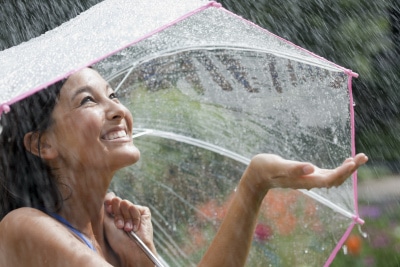 I know you don’t read this blog to hear about me or my family.

But to me, any story can be extrapolated to something universal. It doesn’t matter if it’s an anecdote about me, my wife, or my private coaching clients — it all has to do with YOU.

So ask yourself what you would do, say, or think after getting suddenly axed by the same guy who wanted to commit to you only 10 days earlier?

If you’re like ANYBODY, you’d be pretty darned surprised and disappointed.

Given that 99% of men are definitely NOT your future husband, getting upset when this proves to be true is like getting upset that you didn’t win the Powerball.

But if you’re me, a professional dating coach who sees this every day, you’re not at all surprised or disappointed by what happened.

Before you accuse me of being callous, allow me to explain:

How many times in your life have you been in love? Two? Three? Four?

How many of those relationships lasted? Um, zero. (Widows are excused from this exercise.)

What percent of men are cute, successful, smart, kind, funny, compatible and emotionally available for a relationship? (I’ll let you answer yourself.)

What percent of those amazing men also think YOU’RE cute, smart, kind, funny, compatible and emotionally available for a relationship? (Not as many as you’d like.)

When you look at all of these things together, without any emotion, you’ll see exactly what I see: the fact that ANY relationship gets off the ground is remarkable.

And, to the naked eye, FAILURE is the default setting in dating.

You heard me. Failure.

Now, to be clear: I’ve failed a LOT more than you have.

I’ve gone on over 300 dates and committed to probably fifteen “girlfriends” before getting married. Which is why I’m not too fazed by failure.

You shouldn’t be, either.

Given that 99% of men are definitely NOT your future husband, getting upset when this proves to be true is like getting upset that you didn’t win the Powerball. Yeah, it’s unfortunate, but it’s also quite predictable.

Which is why I want you to write this down on a post-it right this very second:

“No man is real until he’s your boyfriend.”

It’s not that you’re “wrong” to get excited about a promising man; it’s that, in 99% of instances, it’s premature and you set yourself up for heartbreak.

No man is real until he’s your boyfriend.

Your takeaway is to not get too emotionally involved when it comes to a guy with “potential”. Start getting excited when he’s taken his profile down, called you his girlfriend, met your family, and started making vacation plans for the summer.

The other bit of perspective I want to give you about the disappearing man is that his disappearance should not be all that disappointing.

a) This wasn’t personal
b) You didn’t lose your future husband, so why be disappointed?

It means he leaped before he looked.

He over-promised and under-delivered.

In short, he screwed up and ended up hurting an innocent woman.

No one is at fault.

And if no one is at fault, there’s no value in beating yourself up about what you did “wrong”. The answer is nothing.

There’s no value in getting pissed at the disappearing man. He’s like a guy who was driving 90 mph on the freeway and missed his exit. He was so enthusiastic that he was oblivious to the fact that he wasn’t really ready to commit after 4 dates.

Finally, there’s no value in lamenting what “could have been”. It’s over. Move along.

The right guy will come along soon enough — and he will certainly not disappear the way the last guy did.

Put another way: if you quit dating, you don’t meet ANYBODY.

If you persevere, another cute man may waltz into your life this summer — and never want to leave.

The only thing you can do when things go wrong in love is to keep going.