Why Are Women More Negative About Dating Than Men? 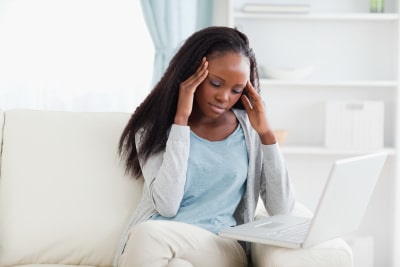 If you read the comments on this blog regularly, you can probably draw some false conclusions about dating.

Men are pigs. Men are liars. Men are flakes. Men are commitmentphobes. Men are selfish. Men are abusive. Men only want sex. Men are irresponsible.

My friend, Moxie, a prominent dating blogger and fellow truth-teller, agrees with me. As a 40-year-old woman, she’s been through her share of heartbreak, but when she steps back and takes an objective look at the dating behaviors of women, 35-45, she sees something else entirely. Men are pretty even-keeled about the ups and downs of dating. Women, on the other hand, are extremely negative.

Says Moxie, “They don’t write articles about the dearth of “good” women. They don’t blog about their love/sex lives. They don’t bemoan their bad dates on Twitter or Facebook. They have nothing to prove. They don’t defend their choice to stay single. They don’t have disclaimers or requirements beyond “Please enjoy giving head, be able to pay your bills, take good care of yourself and don’t be a pain in the ass.”

Yep, that sounds about right.

So what is it that makes women more negative about the dating process than men?

If I were to tender a guess, it’s for a few reasons:

1. The biological imperative of childbearing. That ticking clock gets louder and creates an undue sense of pressure to not “waste time” on the wrong men.

2. Oxytocin. It’s biologically more difficult for women to have unattached sex without emotion and bonding. Thus, women get hurt by passionate flings more than men.

3. Societal expectations. I think there’s a ton of reinforcement from women and women’s magazines that one should be married with children. Men aren’t as consumed by relationships, in general.

4. Communication styles. Men aren’t encouraged to talk about their feelings, so even if they are lonely and pining for a relationship, you won’t hear them complain or rail on the opposite sex as much. There are certainly a lot fewer male dating bloggers, relationship columnists, and dating coaches (apart from the pick-up artist crowd).

5. Expectations. I think this is the big one. Men understand that rejection is part of the process. We ask for numbers, get turned down. Write to women online, get turned down. Lean in for the first kiss, get turned down. At a certain point, we realize that this is just how the world works. You win some, you lose some. I don’t think most women are as inured to failure as men – which makes the failures all the more intolerable, leads to prolonged dating hiatuses, and proclamations that there are “no good men out there”.

And if you’ve been reading this and bristling at Moxie’s observation that perhaps women are more negative about dating than men, consider this: