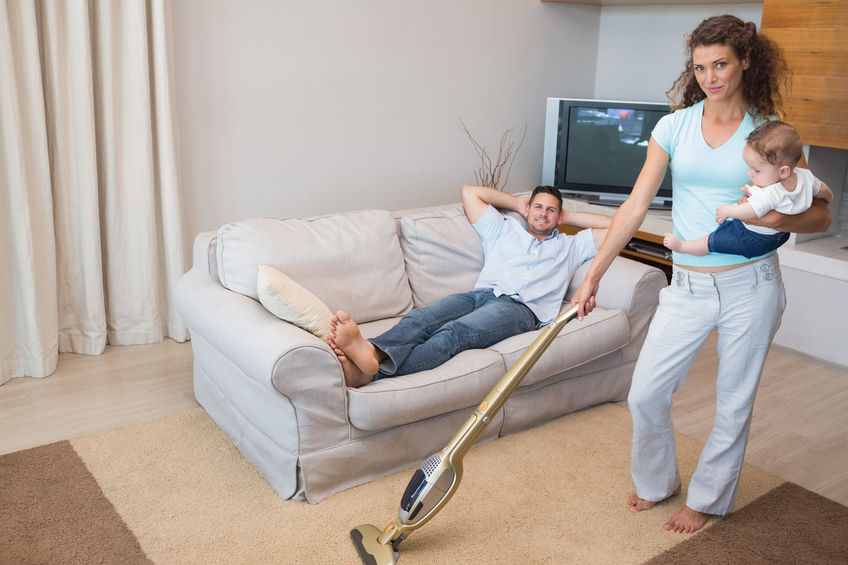 Yes, this is a blog about dating and relationships, but I always find it interesting to share pieces about gender dynamics as well. One of the more interesting subjects, I find, is about the concept of “equal” parenting. To recap recent studies, men have come a long way in terms of helping out with the housework and childrearing as compared to men in the past, but women still take on the lion’s share of domestic duties, overall.

Shulevitz of the New York Times wrestles with this:

“I wish I could say that fathers and mothers worry in equal measure. But they don’t. Disregard what your two-career couple friends say about going 50-50. Sociological studies of heterosexual couples from all strata of society confirm that, by and large, mothers draft the to-do lists while fathers pick and choose among the items. And whether a woman loves or hates worry work, it can scatter her focus on what she does for pay and knock her partway or clean off a career path. This distracting grind of apprehension and organization may be one of the least movable obstacles to women’s equality in the workplace.”

My wife is a stay-at-home mom after a 16 year career as an international events planner. Staying home is her choice and it definitely makes the division of duties a lot clearer. I appreciate how much she does for the household and always try to pitch in as much as I can. It’s just not nearly as much, given that I work a full day as well. Where it gets sticky is in relationship where both couples work full-time and the woman still bears the greater burden.

Many husbands don’t care to pitch in and that’s a pity for the women who married them.

“No matter how generous, “helping out” isn’t sharing. I feel pinpricks of rage every time my husband fishes for praise for something I’ve asked him to do. On the other hand, I’ve never gotten around to drawing up the List of Lists and insisting that we split it. I don’t see my friends doing that either. Even though women tell researchers that having to answer for the completion of domestic tasks stresses them out more than any other aspect of family life, I suspect they’re not always willing to cede control.”

Shulevitz finds the division of duties unfair, and, at the same time admits that she prefers to have control, rather than ceding it to her husband. I would suspect that many women feel the same way. She continues:

“I’ve definitely been guilty of “maternal gatekeeping” – rolling my eyes or making sardonic asides when my husband has been in charge but hasn’t pushed hard enough to get teeth brushed or bar mitzvah practice done. This drives my husband insane, because he’s a really good father and he knows that I know it. But I can’t help myself. I have my standards, helicopter-ish though they may be.”

As a dating and relationship coach for women, the only breadwinner in the household, and a full-time liberal who believes in equality and fairness, I am sympathetic to all sides. Many husbands don’t care to pitch in and that’s a pity for the women who married them. But for those of us who do offer to help out, we are frequently told that we can’t do anything right, so why even bother? All those sitcom jokes about inept husbands come from the fact that wives often control the domestic domain to the point where husbands become like helpless children, waiting to be told what to do by the boss. It’s a no-win situation for anybody, but one bearing our attention. How do YOU manage domestic duties in your relationship?

If your relationship is making you feel anxious, you must learn these 8 reasons why.
80 Shares
Tweet
Share80