Are Married People Happier Than Singles? 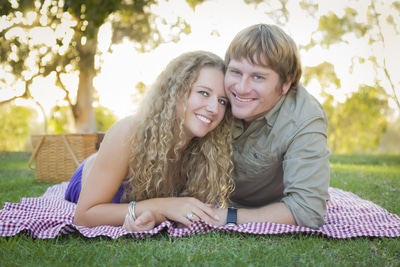 Brace yourself, single readers. Studies say the answer is yes. Before you attack me because YOU’RE happy, dammit, please read the rest of this blog post.

“Psychologists have pointed to marriage as the single most reliable happiness indicator. Across nations and ethnic groups, people report greater happiness from marriage than career, community or money [source: Seligman]. A 2005 survey from the Pew Research Center substantiates these assertions. Forty-three percent of married respondents reported that they were “very happy,” compared to 24 percent of unmarried individuals [source: Pew Research Center]. Those results were consistent for all age groups and genders.”

Now let’s clarify, so we can’t be misunderstood in the comments section*:

1. Marriage isn’t a guarantee of happiness. 48% of marriages end in divorce.
2. Single people can be very happy. In fact 24% of singles self-report as very happy.
3. No one here is judging you if you’re single. If anything, I’m just reiterating what you already know – life with love can be really, really nice – that’s why you ended up on a dating coach’s site. If you weren’t interested in love, you probably wouldn’t be reading this.

The article poses an important follow up to the observation that married people have greater potential to become very happy. “As any good scientist knows, correlation does not always equal causation. To close the case on whether marital bliss trumps the single life, we must deduce which comes first: happiness or marriage?” Here’s what the author discovered:

Humans are predisposed to certain happiness ranges depending on their genetics, personality and life circumstances.

“Michigan State University found that spouses exhibited an uptick in happiness soon after marriage. Then, those happiness levels gradually returned to their premarital state. This pattern is comparable to the effects of sudden financial improvement on people’s happiness. For people living with relatively low incomes, money can buy happiness for a while. Yet the longer someone gets used to having more cash on hand, the more it loses its luster.”

I thought this paragraph did a great job of summing up a possible reason that married people are happier, despite the possibility of divorce – they’re wired that way (just like extroverts, by the way): “This doesn’t negate the survey results that show higher happiness rates among married people. Rather, it has led some psychologists to conjecture that married people are merely more inclined toward happiness since they’re happier to begin with. Humans are predisposed to certain happiness ranges depending on their genetics, personality and life circumstances. Also, happier people are generally more social, and it follows that people who actively socialize will be more likely to meet someone they’d like to marry.”

Finally, the article points out that marriage isn’t a panacea and doesn’t, in and of itself, create happiness. It’s important to be a selfless and self-aware partner, fully cognizant of the sacrifices inherent in being part of a couple. You need to have realistic expectations, as I’m consistently preaching in this space.

“A study from the University of Florida highlighted a relationship between the skills that people bring to a marriage and people’s anticipation for how much marriage will improve their lives. If partners have overly high expectations for marriage transforming their lives into in a joyous wonderland, they need to have the relationship skills to match. Otherwise, it’s like going to a spelling bee expecting first place without ever cracking a dictionary.

As we’ve learned from happiness surveys, wedding bells can portend happy futures. But happily ever after requires more than an “I do.” Marriage won’t magically create happiness, which makes personal character development during the single years even more important.”

That’s what we’re trying to do here. Learn to understand the opposite sex, how to date online and off, and how to make smart relationship decisions that can lead you to a happy marriage.

1. Marriage isn’t a guarantee of happiness. 48% of marriages end in divorce. Yes, but this statistic is highly skewed by astronomically high divorce rates for people who get married under the age of 25 and people who have lower education. If you’re a college educated woman who gets married after 30, you have over an 80% chance of having a lasting marriage.

2. Single people can be very happy. In fact 24% of singles self-report as very happy. Yes, but 43% of married couples do the same.

This website uses cookies to improve your experience while you navigate through the website. Out of these, the cookies that are categorized as necessary are stored on your browser as they are essential for the working of basic functionalities of the website. We also use third-party cookies that help us analyze and understand how you use this website. These cookies will be stored in your browser only with your consent. You also have the option to opt-out of these cookies. But opting out of some of these cookies may affect your browsing experience.
Necessary Always Enabled
Necessary cookies are absolutely essential for the website to function properly. These cookies ensure basic functionalities and security features of the website, anonymously.
Functional
Functional cookies help to perform certain functionalities like sharing the content of the website on social media platforms, collect feedbacks, and other third-party features.
Performance
Performance cookies are used to understand and analyze the key performance indexes of the website which helps in delivering a better user experience for the visitors.
Analytics
Analytical cookies are used to understand how visitors interact with the website. These cookies help provide information on metrics the number of visitors, bounce rate, traffic source, etc.
Advertisement
Advertisement cookies are used to provide visitors with relevant ads and marketing campaigns. These cookies track visitors across websites and collect information to provide customized ads.
Others
Other uncategorized cookies are those that are being analyzed and have not been classified into a category as yet.
SAVE & ACCEPT
75 Shares
Tweet
Share75