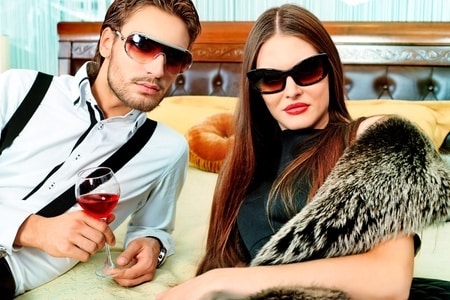 Congratulations, Ivy League snobs! This is your lucky day!

To avoid the proletariat, the hoi-polloi, and the riff-raff that you find on Tinder, Amanda Bradford just raised $2.1 million for “The League,” which is like Tinder for elites.

“Those accepted into The League get one “ticket” they can give to another single friend, and about 50% of The League’s users were referred by another member. All other singles have to wait in a virtual line and hope they’re top-notch enough to join The League’s elite pool of prospects. Lawyers, doctors, and tech executives frequent the app.”

To be fair, if I were single, I’d probably be on there. I have more trouble with looks-based dating apps and texting as a primary form of communication than I do with intelligent, accomplished people looking to date amongst themselves.

The holy grail everyone is trying to crack is how to have a “curated” dating site or matchmaking site with only the “good” people on it. Nobody’s come close.

Of course, one of my big messages is that you’re limiting your dating pool when you elevate education, background and work experience, which say very little about who makes for the best partners.

“Unlike Hinge and Tinder, The League relies more on LinkedIn than Facebook to determine who is up to snuff. Bradford says she and her friends frequently LinkedIn-stalk dates before meeting them for coffee to make sure they aren’t scary and that their goals align. The acceptance algorithm that The League uses scans the social networks to ensure applicants are in the right age group and that they are career-oriented. That doesn’t mean they have to be Ivy graduates or work for a big-name firm. But they should have accomplished something in their 20s.”

Yeah, by that standard, I probably wouldn’t have even qualified. My bachelors from Duke would be invalidated by the fact that I was a penniless screenwriter, selling hair restoration products over the phone in my late 20’s. Sucks for me.

Listen, I’ve been in the dating business since my early 30’s. And the holy grail everyone is trying to crack is how to have a “curated” dating site or matchmaking site with only the “good” people on it. Nobody’s come close. Big dating sites are filled with losers. Niche sites are so small that they barely warrant a membership. And, of course, two people from Yale aren’t actually more compatible than if she went to Yale and he went to the University of Maryland. They just think they are. They, too, will learn the hard way.