What It’s Like to Be a Woman In Online Dating 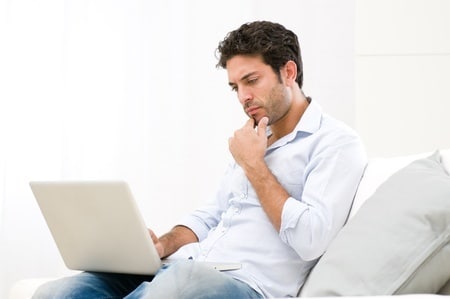 Man assumes women have it easy because they get a ton of attention.

Man poses as woman on dating site to prove his point.

Man barely lasts two hours as a woman because the responses from his fellow men are so toxic.

Men scramble to approach women like rats chewing on a meaty chicken bone, and then wonder why women are so turned off by them.

Says the clueless man in question, “At first I thought it was fun, I thought it was weird but maybe I would mess with them or something and freak them out and tell them I was a guy or something, but as more and more messages came (either replies or new ones I had about 10 different guys message me within 2 hours) the nature of them continued to get more and more irritating. Guys were full-on spamming my inbox with multiple messages before I could reply to even one asking why I wasn’t responding and what was wrong. Guys would become hostile when I told them I wasn’t interested in NSA sex, or guys that had started normal and nice quickly turned the conversation into something explicitly sexual in nature. Seemingly nice dudes in quite esteemed careers asking to hook up in 24 hours and sending them naked pics of myself despite multiple times telling them that I didn’t want to.”

As a male coach for smart, strong, successful women, I apologize on behalf of all men. They’re generally not evil people. But they really don’t get what it’s like to walk a mile in your shoes. I wrote about this in Finding the One Online extensively – what it’s like to be a woman dating online and how men need to up their games to connect. Hell, I just gave a TEDx talk about this very thing. Men scramble to approach women like rats chewing on a meaty chicken bone, and then wonder why women are so turned off by them. Says the original author:

“I would be lying if I said it didn’t get to me. I thought it would be some fun thing, something where I would do it and worse case scenario say “lol I was a guy I trolled you lulz”, etc. but within a 2 hour span it got me really down and I was feeling really uncomfortable with everything. I figured I would get some weird messages here and there, but what I got was an onslaught of people who were, within minutes of saying hello, saying things that made me as a dude who spends most of his time on 4chan uneasy. I ended up deleting my profile at the end of 2 hours and kind of went about the rest of my night with a very bad taste in my mouth.”

I apologize on behalf of all men. They’re generally not evil people. But they really don’t get what it’s like to walk a mile in your shoes.

Ladies, have you ever had a similar experience to this woman? Guys, were you aware of how bad women have it?