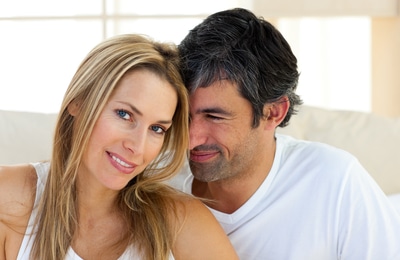 My husband wants me to have an affair and has fantasized about it for the last 5 of our 10 years together. He gets turned on at the mere thought of me having sex with someone else. And, this fantasy doesn’t go away.

We had some serious problems a couple of years ago and I was unfaithful once. I told him and he went from hurt, to jealous, to turned on and asks me to talk about it now during sex. The fantasy arouses me too, but I’m mainly aroused by his arousal. Is this type of fantasy better kept a fantasy? I would never be turned on at the thought of him with another woman. Thanks for your advice.

Sounds to me like you just got the world’s best (and rarest) hall pass:

Men Who Want Their Wives to Fuck Other Men.

They’re fantasies. They don’t have to be acted out in real life if it would cause real life harm to the relationship.

But here’s the thing with fantasies…

…you’re kinda like me — a sexual hypocrite. It’s cool if you’re with someone else; you just don’t want to imagine him with another woman.

Thankfully, he’s not asking you to imagine that. He’s asking if you’re open to being with another man with his permission. And from what you’re saying above, it sounds like you are.

You wonder if this is okay because it’s not the other guy that excites you, it’s being aroused at his arousal. Well, who cares? Arousal is arousal. Being aroused at someone else’s reaction is why men have responded to women’s fake orgasms since the beginning of time. So, on the surface, there’s absolutely nothing wrong with him taking pleasure in you taking pleasure out of another man.

Where things may go awry is when unexpected emotions arise.

Will your husband truly be cool watching you have sex with another man? Hearing about it afterwards? Sleeping in the same bed where the deed was done? It may sound great in theory; who knows what he’ll feel like after the fact. One may be able to intellectually separate sex and love, but jealousy isn’t a rational emotion.

Being aroused at someone else’s reaction is why men have responded to women’s fake orgasms since the beginning of time.

Similarly, how will you feel about unleashing the dragon of polyamory? Maybe this is a one-time deal. Maybe your husband will want to see you with more and more men. Maybe you’ll get emotionally bonded to one of these new men. Maybe this one experience will irrevocably change the way you view sex and marriage. That’s a lot of maybes on which to risk a marriage.

Strangely, the good thing that you have going for you is a ten-year relationship that has already overcome infidelity. This means you should be able to address most of these concerns beforehand, and deal with any surprising emotional issues that come up afterwards.

So am I giving you the green-light to have sex with another man even though you’re married?

Yes, but I wouldn’t be if I didn’t think that your relationship couldn’t survive it. You have to accept your husband at his word that this will be a turn-on, and if this arrangement doesn’t work for both of you, you must return to the way things were before — with Pandora firmly back in the box.