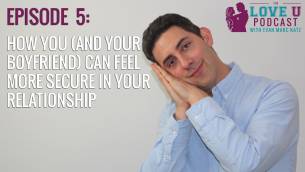 Hate to say it, but there are some people on the planet who can’t make ANYBODY happy. In this episode, you will not only learn why you choose bad men, but also learn how to bring the best out of the good ones. Listen and I will tell you how to turn a insecure guy into a confident guy.