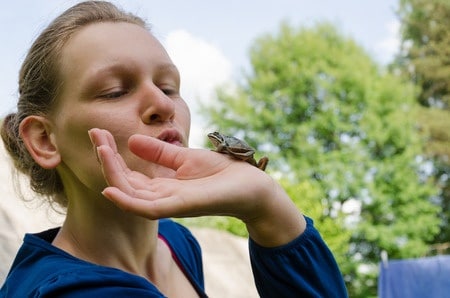 I was inclined to take offense at this Guardian article by Oliver Burkeman, which begins:

“As a rule, you should be skeptical of anyone offering advice about anything — including me, and including this sentence. But as the annual exercise in twee consumerism formerly known as Valentine’s Day rolls round again, it’s worth issuing a reminder that you should be especially skeptical of anyone offering advice on love, romance or relationships. No other sub-genre of self-help seems so prone to confused reasoning, conflicts of interest or folk wisdom masquerading as science.”

Hey, he’s talking about me! I was immediately on the defensive. Then I read further.

“There’s a good chance that anybody emitting romantic tips…has chosen some path (to marry young, or to wait, to have children, to stay single, etc) and they’re not sure it was right. Their uncertainty manifests itself as a desperate attempt to persuade you that it’s the best choice for you, too.”

Whew. He’s not talking about me. I am very confident in the choices that I made, and feel strongly that I can help others who desire marriage achieve similar outcomes.

When we choose partners who don’t give us what we need, we draw blanket conclusions about the opposite sex, instead of looking inward at why we choose the wrong partners.

“The opposite (but no less irritating) phenomenon occurs when dating advice represents choices the advice-giver didn’t make, but wishes he or she had.”

Nope. I made a lot of poor decisions along the way and talk about them regularly, but ended up in a happy place that I’m confident others can emulate.

“You should also distrust anyone who adopts a jaded tone and speaks of dating as warfare or as a market, and implies that you’re terribly naive if you think it’s anything more than a cynical power game”

Agreed. I am bone-tired of the cynicism of women who mistrust men, men who think there are no good American women left, and people who talk about dating as if it’s a zero-sum game power struggle. No one wants to date you people because you fundamentally misunderstand human nature. Women, in general, want to feel desired and safe. Men, in general, want to feel accepted and appreciated. When we choose partners who don’t give us what we need, we draw blanket conclusions about the opposite sex, instead of looking inward at why we choose the wrong partners.

Dating advice is as terrible as the people who give it, so make sure you consider the source, and whether they are interested in science or advancing an agenda.

Burkeman continues, “There’s little evidence that sharing a lot of interests or traits with someone makes a successful relationship more likely…What really makes a relationship work, as ever, is just a mutual commitment to making it work, and the skills required to do that.”

I have written this every day for nearly a decade. People just don’t  seem to  want to believe it. Evidently it feels better to think that Catholic skiers who like country music will make for better couples, even though it seems patently obvious that if one of those people has anger issues, insecurities, or the fear of commitment, it doesn’t matter how much they have in common.

So while I was originally going to write something that punctured holes in Burkeman’s article, in fact, I agree with every single word. Dating advice is as terrible as the people who give it, so make sure you consider the source, and whether they are interested in science or advancing an agenda.