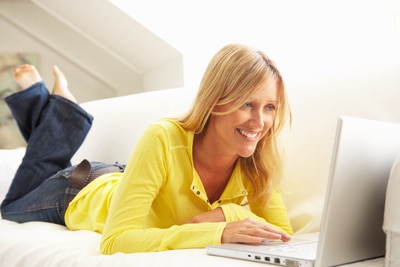 Popular Science recently shut down its comments section, and, I have to admit, it made me think. Now, to be fair, they are a science blog and science has an impact on policy.

But I’d like to think that in this small corner of the internet, we’re helping to impact the way people perceive dating, online dating, relationships and men. And that’s where I’ve always questioned the way comments can skew perceptions of the original content.

According to Popular Science, in one study, “1,183 Americans read a fake blog post on nanotechnology and revealed in survey questions how they felt about the subject (are they wary of the benefits or supportive?). Then, through a randomly assigned condition, they read either epithet and insult-laden comments (“If you don’t see the benefits of using nanotechnology in these kinds of products, you’re an idiot” ) or civil comments. The results, as Brossard and coauthor Dietram A. Scheufele wrote in a New York Times op-ed: Uncivil comments not only polarized readers, but they often changed a participant’s interpretation of the news story itself.

Sometimes the best writing takes place in the comments section when I’m forced to look at things from a new angle, or dig deeper to defend my original position.

In the civil group, those who initially did or did not support the technology – whom we identified with preliminary survey questions – continued to feel the same way after reading the comments. Those exposed to rude comments, however, ended up with a much more polarized understanding of the risks connected with the technology. Simply including an ad hominem attack in a reader comment was enough to make study participants think the downside of the reported technology was greater than they’d previously thought.”

If you’re a longtime reader here, you know that the comments below (49,000 and counting) are both my favorite and least favorite parts of blogging.

I love the conversation that I have the opportunity to stimulate.

I love the positive feedback I get from readers who feel I’ve helped them find happiness.

I love the healthy debate between smart people who deal in facts and shades of grey. Sometimes the best writing takes place in the comments section when I’m forced to look at things from a new angle, or dig deeper to defend my original position. This, to me is fun, constructive and entertaining. But it’s also only half the story.

Many comments just plain suck. No, not many, but enough that every post I’ve ever written was nearly hijacked by someone who clearly doesn’t get it.

Listen, I’m the first to admit that just because I say something doesn’t mean it’s right. I also feel very strongly that when I offer advice in this space, it’s coming from a place of great experience, compassion, and a clear-eyed understanding of the world. You may disagree with what I write for YOU, but that doesn’t mean that I’m “wrong”.

And the “you’re wrong” comments are the ones that just drive me up the wall. They tend to be of two different types:

1. The commenter who tells me I’m wrong because my comment doesn’t apply to HER. “Some of us aren’t difficult, opinionated women, Evan. Why should I have to tone down what I say to appeal to a man?!” or “I don’t want to get married or have my own biological kids. Why do you assume that I do?” I hate these types of comments because I have to either ignore them as if I don’t have an answer (which I do), or waste my time addressing them, only to remind the reader that if my advice doesn’t apply to you, IGNORE IT. If you don’t want to be married, don’t worry about my advice on marriage. If you don’t believe in premarital sex, then skip my stuff about premarital sex. Arguing with me about things that don’t apply to you is like going to a steak-lovers blog and complaining that they don’t write about how to cook bean sprouts.

If I’ve learned anything over the years, it’s to largely trust the crowdsourced wisdom and let the brightest commenters (you know who you are) act as my proxies.

2. The commenter who sees everything thru a one-sided, largely black-and-white worldview. You know who they are. They are the men who do really poorly with women, think that being “nice” is their problem, and conclude that women are bitches and that men should look in the Philippines for a bride. They are the women who have been so hurt by men (largely due to their own insecurities) who get angry when I give constructive feedback on how to change, adjust or understand men. The only advice they want to hear is validation that men are the problem. These people are really easy to dismiss intellectually, but they’re hard to ignore in the comments section because they usually write the longest, angriest, worst-spelled posts with the most capital letters. When you try to point out that they’re expressing only their narrow feelings, they feel attacked, and quickly attack back. Then I find myself in a pissing match with unhinged strangers who don’t like me, don’t agree with my advice, and will never buy my products.

And what for? To set the record straight? To be right? God only knows. All I know is that I HATE being misrepresented and defending myself against things that I’ve never even said. It’s like Obama with the death panels. You don’t want to get drawn into the fight, yet you can’t just let a false statement stand. And if you read over those 49,000 comments, there have been a tremendous amount of false statements directed towards me over the years: How I don’t believe in chemistry at all. How I think online dating is perfect. How men never need to change anything and it’s all women’s faults. How my wife is a Stepford Wife-type doormat for accepting me in full. How I’m a misogynist for offering constructive criticism to women. All false. All a waste of time. All stuff that I feel the need to defend because it’s on MY website. Can you imagine going to a desk job where every morning, there are post-its on your computer from strangers telling you how much you suck? Yeah, it rocks.

But despite it all, I’m keeping this comments section when I launch the new Evan Marc Katz site on November 1st.

If I’ve learned anything over the years, it’s to largely trust the crowdsourced wisdom and let the brightest commenters (you know who you are) act as my proxies. In doing so, I can largely remain above the fray instead of being drawn into a no-win battle again and again.

I sincerely thank my regular readers for participating in this ongoing dialogue – not just when you agree with me, but especially when you don’t and you make a compelling case that I hadn’t previously considered. I’m always doing the best I can to be authentic and truthful – even when it doesn’t make me look good – and I appreciate you sticking with me through it all. Can’t wait to see you on the new website.