Home > Blog > Uncategorized > Should I Continue My Long-Distance Relationship When We Haven’t Even Met Yet? 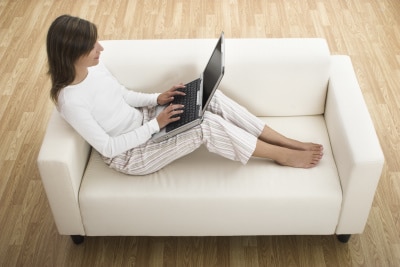 Dear Evan,
I met “Peter” online in January 2011 and have been emailing since. I am Canadian and so is Peter but he works in Silicon Valley. After our 2nd email, I told Peter that I do not believe in long-distance relationships even though I like his profile and he told me that he chose to connect with a Canadian girl because ultimately he wants to be relocated back to home to Toronto, where I live. In the first 2 months, we emailed once every week and in the last couple of months, we emailed each other 3-4 times a week. With all the lessons I’ve learned from you about ‘men should chase women,’ I did not ask when he will visit Toronto/visit me. He would write to say he is planning a trip and then something at work came up and he had to postpone it.

He told me he is looking for a sustainable relationship like me. On your advice, I am not sitting at home waiting to hear from him. I still go out with other guys; I am enjoying dating. (Again, I have learned so much from you. I even go out with guys who are 5’ 7” tall. I never wanted to before, but I am keeping my options open because you are correct in that this short guy could provide me with the best relationship and ultimately be a good partner.)

My question to you, Evan, is should I continue writing to Peter or should I write him a ‘last’ email to say I enjoyed ‘knowing’ so much of him/his work/his family/interest in the last about 5 months but that I am not looking for a pen pal but a relationship, and then move on? I will be very sad if I really have to do that, but I am levelheaded enough and I feel if he is truly looking for a real relationship/girlfriend, he should at least make an effort to visit me. Do you think I am correct? I look forward to what you have to say. Thank you Evan. —Melody

Armed with those tools, you should be extremely confident that you’ll find a man who is attractive, kind, consistent, and wants to be with you forever.

You’re a fan of my work, you’re actively dating and enjoying it, and you’re embracing your feminine energy. Triple Yay for you! Armed with those tools, you should be extremely confident that you’ll find a man who is attractive, kind, consistent, and wants to be with you forever.

And then you tell me this story.

You’re not looking for a pen pal but you have a pen pal.

And my favorite contradiction: you’d be very sad to let him go, although you’ve never actually MET him.

To be very clear, you can’t lose something that you don’t have.

To be very clear, you can’t lose something that you don’t have.

Don’t get me wrong: he may care about you, inasmuch as you can genuinely care about someone by exchanging emails three times a week for six months. But really, honey: the guy doesn’t even pick up the phone, much less book a flight? He’s just not that into you.

As for how you deal with it, I don’t even think it’s a matter of cutting him off or writing him a final email. There’s no reason to burn bridges or get overly emotional about something that only existed in your mind.

But you can certainly let him know that you’re going to focus on your local love life, and if he ever decides to move to Toronto, he should totally look you up. Wish him the best and cut him loose emotionally. And then, if he ever writes to you, you can write back at your leisure without being so invested in the long-term outcome. Believe me, it’s fun to have a guy in every port; the problem is in expecting that he will be anything more than a long-distance fling.