My Boyfriend Expressed Doubts When Asking Me to Be His Girlfriend. Should I Worry? 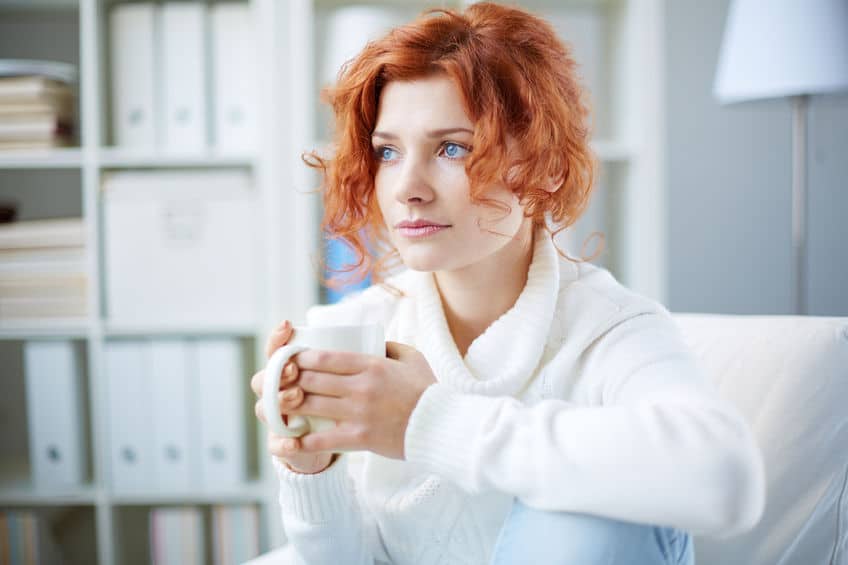 I came across your blog when I first started online dating a few years ago in New York and your advice has helped me navigate the modern dating scene. I’ve always valued your advice because it is no nonsense, practical and mirroring worked for me like a charm.

I’m currently in a new relationship. Like you advised, I politely declined to sleep with my partner until we were exclusive. He was the first to bring up the ‘what do you want with dating’ talk, and I answered honestly that I was looking for a committed exclusive relationship. He followed up by pursuing me hard, committing to me and taking down his profile in quick succession and introducing me to his friends as his girlfriend.

He recently admitted that he did have doubts if he wanted a relationship or was ready even as he asked me, but went with it as he liked me a lot and it was what I wanted. He also affirmed that with time, he knows he made the right decision to commit to me.

I share a similar dating philosophy with your wife. I believe in mulligans and I am grateful that my partner and I are able to talk about us – what a joy to find a man who wants to talk about the relationship! – and I have no desire to punish him for his honesty in any way or to use it to guilt him. His recent affirmation to the commitment also made me reassured. In fact, he has ticked all the boxes that you mentioned in what a man should do for his girlfriend. He is by no means an alpha Marlboro guy and my younger self would have found flaws in him, but my older self agrees with your philosophy in being with the man who treats you well and wants to be with you.

However, I have some niggling fears over his admission that he wasn’t ready when he asked me to be his girlfriend, and that he had doubts even after he had asked me during the early days. I would love to hear your opinion on whether this is a red flag. From my perspective, I appreciate his desire to be honest with me and have no wish to punish him for it. But you have more experience and insight, and I’m sure myself and other female readers would benefit from your thoughts on this.

Think about the relationships where you had no doubts whatsoever.

You “just knew” he was your “soulmate” and you’d be together forever.

What happened to ALL those relationships?

You got it! They fell apart. So much for “just knowing.”

I don’t know how long you’ve been with your boyfriend, Margaret.

But if he’s treating you well and is talking about a future with you, it doesn’t matter at all if he had doubts at the beginning.

Doubts are just signs that you’re seeing things clearly and can tell your partner’s flaws.

While it’s no fun to have doubts, they’re necessary before taking the plunge into marriage, lest you end up like the couples who “just knew” but were mistaken.

Doubts are just signs that you’re seeing things clearly and can tell your partner’s flaws.

I famously had doubts about proposing to my wife.

I told my friends.
I told my therapist.
I told Dr. Pat Allen — who told me to dump my wife or I’d end up cheating on her. I even told my girlfriend directly — two weeks before I proposed — that I wasn’t sure what I was going to do, but I knew I had to do it soon because she was 38.

Should she have been scared? Well, yes and no.

Yes, I was admitting that it was in the realm of possibility that we might not get married.

No, there was nothing to be afraid of because my decision was out of her hands.

Many women would have freaked out, dumped me, or tried to extract an ultimatum.

She knew I was a serious, relationship-oriented man who desired marriage and kids.

She knew I never lied.

And after having a first husband who cheated on her, it was refreshing to be with an honest guy who articulated all of his thoughts and emotions, however painful they might be.

If you’re NOT afraid of making a mistake, you’re not thinking very clearly.

Thus, she put her faith in me that I would come to a conclusion in my own time — despite my admitted reservations about spending the rest of my life with one person.

(Again, if you’re NOT afraid of making a mistake, you’re not thinking very clearly.)

I’m sure it was hard for my wife when I was deciding whether to step up or step out.

But she’s a smart woman with unparalleled people skills and a deep understanding of men.

She just had to continue to do what she had done for sixteen months before that — be the best girlfriend I’d ever had, accept me as I was, and become indispensable to my happiness.

So, my friend, allow your man to tell you the truth without punishing him for it. He’ll feel safe that he can be himself with you. You’ll be the only woman who ever let him be honest without flipping out on him. And that’s why he’ll stay with you above all others.