Home > Blog > Understanding Men > Men Don’t Like the Word No, So Why Say It? 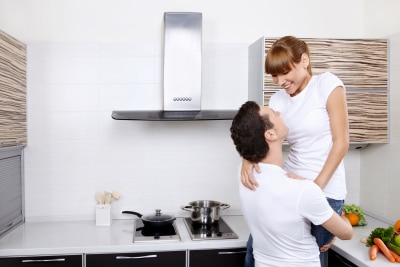 I want to ask you a personal question — one that I’ll bet no one has ever asked you before.
Ready?

Of all the traits that make you a great catch, what do you think is at the top of the list?

You can make an argument for kindness.

After all, your ability to give to a relationship will largely determine a guy’s satisfaction with it.

You can make an argument for intelligence.

You probably take great pride in how you’ve succeeded at work, how you’re always reading, growing, and learning. Men do like interesting women.

The one trait that makes you the greatest catch of all is something you probably haven’t even considered.

You can make an argument for youth and beauty.

God knows, enough has been written about men’s desire to be with model-types, even if they don’t have a shot in hell.

You can even make a case for confidence.

The 2006 Harlequin Books Romance Report stated that both women and men put confidence at the top of the list for desirable traits in a partner.

Yet the one trait that makes you the greatest catch of all is something you probably haven’t even considered.

In case you’re feeling your blood start to boil, let’s do a quick definition of easy.

A difficult person says no.

That’s all there is to it.

I am a difficult person and I’ve been working on it for years.

My wife, on the other hand, is a “Yes” person. What she fundamentally gets is that, in relationships, there are a million little decisions to make together — so why get bogged down in micromanaging all the details?

Being easy doesn’t require anything more than the desire to spend time, have fun, and eliminate any unnecessary friction in your relationship.

Insisting that a charismatic, intelligent, successful man do everything your way is an exercise in futility.

And my wife has it down to a science.

Do you get the idea?

So when she DOES insist that something is important to her, I’m sure to pay attention.

Contrast her with my client, Erica. Late-30s. Super. Bright, witty, self-deprecating, successful, interesting. But she has so many rules in her life that I would think it would be impossible to please her.

What determines whether you’re easygoing is not how you handle those no-brainer situations, but how often you INSIST that he conform to your preferences on everything else.

Because, as you already know, insisting that a charismatic, intelligent, successful man do everything your way is an exercise in futility.

After all, being easygoing — especially when you’re bright and opinionated — does NOT come easy. We want what we want. And we’re going to express every single opinion we have to make sure we get it. Believe me, I can be that way myself.

But it doesn’t mean it’s a good thing.

Face it: if you’ve been single for a long time, you probably have some very strong opinions on how the world should work. I sure do.

Ironically, the more you mature, the LESS you’re willing to compromise. After years of experience, you refuse to settle on so many things that there’s little wiggle room for a second opinion.

He wants to be with you, but he also wants to be himself. His whole world can’t revolve around conforming to your rules.

How can a man connect with you if all you’re doing is focusing on what YOU want?

What about what HE wants?

What if he wants to keep the photos of his ex-girlfriend in a box under the bed?

So, is it more important to be “right” or to get along? Because that’s what relationships are all about. Figuring out how to think as a couple — not just getting everything you want.

When you’re easygoing, you have a lot less conflict in your life. Things that bother other people don’t bother you as much. And when something is really important to you, you’re almost always going to get your way.

But if EVERYTHING is important to you — if you put up a fight instead of going along with him on totally inconsequential decisions – you’ll never have a moment of peace.

Hey, if you always want to have your way, you can. All you have to do is go out with a doormat who will agree to always let you win.

But if you want to be with a man you respect, you’d better be prepared to drop your rules quick.

Because we men aren’t too fond of drama. We’re not too big on being told what to do.

So instead of trying to get him to your point of view, try saying “yes” instead.