Why Would a Guy Keep in Touch After He Already Dumped Me? 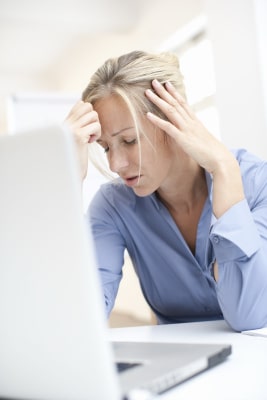 I’ve been dating an amazing guy who’s only just recently become “too busy” for a relationship. I know that is really just code for him losing interest and that’s okay… Disappointing indeed, but okay.   Oddly though, he suggested that we have another conversation in a week’s time to see where things are at. Shortly after our breakup tonight, he sent me a text message saying he was sorry and that he’d really like to keep in touch. I told him I was open to that but that he’d have to take that step.

Evan, I’m OK with him not wanting to date me. To be honest, he is such an amazing guy (opposite of the loser musicians and wannabe actor types that I usually end up with) that I often wondered why he was dating me in the first place. But that’s obviously another issue. Why would he bother texting afterward or bother suggesting that we have another conversation about things in a week? I don’t get it. Why wouldn’t he just walk away after doing the dumping?

Have you ever dumped someone, JD? It’s a horrible, horrible feeling, right up there with, well, being dumped. And this feeling, if you can imagine it, provides the full explanation for why people act inconsistent.

Step outside your own shoes and put yourself in your partner’s shoes.

As always, the best solution to being your own dating coach is to step outside your own shoes and put yourself in your partner’s shoes. Why would he possibly do what he did? There has to be some rationale. I’m just going to channel him right now and see what I can come up with:

“Well, I really like hanging out with JD, but I get the sense that she’s starting to get attached to me. And since I’m such an amazing guy, and I’m at a particularly busy time in my life, why would I want to tie myself down to just one person? Plus, the longer I continue to see her, the more I’m going to give her false hope and end up breaking her heart in the end. And I hate that feeling. I have an ex-girlfriend who strung me along for months and crushed my spirit, and I don’t want to do the same thing to JD. So I’m going to break up with her. Yeah. That’s the right thing to do.

Why does my ex keep contacting me when he dumped me? Mostly because you let him.

On the other hand, it’s not like I ever promised to marry her or anything. I mean, she already knows I’m not fully committed. So maybe after I dump her, we’ll just stay in touch and remain friends. Maybe do the occasional ‘friends with benefits’ thing. That way, I’m not technically hurting her. We have sex from time to time, I don’t have to commit, and I’m allowed to see other people. Perfect! If she lets me get away with it, she can’t get mad at me for being a creep. In fact, I think she likes me so much, she’ll just be glad to see me once every few weeks. I’m gonna send a text message to her and see how she feels…”

But that’s just my perspective as a guy who has done the same exact thing. So to answer your question ‘Why does my ex keep contacting me when he dumped me?’, mostly because you let him.

Readers? What do you think?