Why Would a Man Commit to Me and Then Change His Mind? 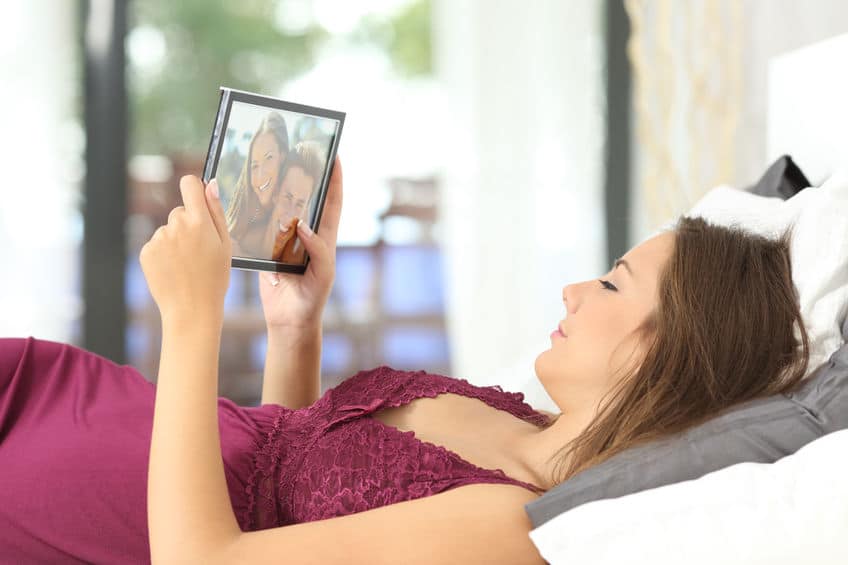 I started seeing a close friend after we made out one night. I had reservations because he was divorced (a year and a half ago) with 2 kids. He would drive hours to see the kids every weekend so that means weekends are off limits for us. I honest to goodness didn’t mind that because I like my own space and time. I’m very laid-back, independent, go with the flow, got her own career and money type of girl, not controlling/needy/clingy.

Things quickly escalated from there in a span of 2 months. We started going on dates at least twice a week. We text all day, late night talks, deep intimate conversations – the works. Things were so easy because we have so much in common and we were friends first. He wants to be with me all the time. We never had arguments. It was TOO easy, like too good to be true. But he was the one moving the relationship forward. I never asked for exclusivity or had the “what are we” talk. After 2 months, he asked me to be his girlfriend and said I love you. He sent flowers at work for Valentine’s Day. The week after that, he broke up with me for the reason of “I’m not ready to be in a serious relationship”.

Pardon the expletive, but WTF??! I felt like the rug was pulled from under me. He was the one who pursued me, acted like a consistent boyfriend, then seemingly out of nowhere, not ready.

I’m starting to think I’m too laid-back or maybe too independent or too laissez-faire for guys to consider girlfriend material. I don’t sleep around until I’m in a committed relationship. I’m not a doormat by any means but I’m starting to feel like something’s wrong with me.

I really need an objective “tough love” answer right now because all my friends in our friend group are either “he’s a jerk, cut him out of your life” or “he’s just confused, he needs you”. I do miss the friendship because he was one of my closest friends. And even after all this, I still care about the guy.

I feel for you, my friend, and, like most of our readers, have walked a few miles in your shoes. Which is why I can say, definitively, that both you and your friends are making this way more complicated than it has to be.

Both you and your friends are making this way more complicated than it has to be.

You find this whole scenario inexplicable because at one time, he acted one way, and then later, he acted ANOTHER way! I wasn’t planning on going the tough love approach, but here goes:

One of the most predictable things we can say about people is that they are wildly inconsistent and, often, either don’t know what they want or do things that run counter to their actual goals.

Read any one of the hundreds of letters I get from women who are currently dating selfish, abusive, non-committal assholes for five years and you’ll see the same thing.

There’s what we want.

There’s what’s good for us.

There’s what we do.

Those are, very often, three completely different things. So instead of beating yourself up with this false (and disempowering) narrative that you’re too nice or cool to be a girlfriend, let’s just agree on a more objective reality.

Occam’s Razor is the problem-solving principle that, when presented with competing hypothetical answers to a problem, one should select the one that makes the fewest assumptions.

Your assumption: “I’m a great catch; men must not want great catches!” is absurd. Men really do like laid-back and independent women.

Your friends’ assumption: “He broke up with you; he must be a jerk” is also silly. People break up every day; that isn’t a black mark on his character, no more than you should be judged for breaking up with any man you’ve dated in the past. If you know you’re not going to marry someone, or you’re not emotionally available for a relationship, breaking up is actually the KIND thing to do.

Your friends’ other assumption: “He’s confused, he needs you,” at least contains a half-truth: he IS, in fact, confused. But he certainly doesn’t need you, otherwise he wouldn’t have cast you aside. Furthermore, he has lived a full life without you for most of the time he’s known you, so the idea that he shouldn’t be able to live without you after two months is another assumption that isn’t helping matters at all.

Let’s just look at the facts:

He liked you. He escalated things. When things got serious, he concluded, for better or worse, “I’m not ready to be in a serious relationship.”

Stop beating yourself up. Stop wondering why. Stop leaving space for him to come back.

Stop beating yourself up. Stop wondering why. Stop leaving space for him to come back.

Click here to learn why men disappear and free yourself of this self-imposed torture.

You deserve a guy who DOES want to be with you. Period.