Dating the Divorced Guy – an interview with Jonathon Aslay

There aren’t many men who do what I do, but Jonathon Aslay is one of them. He’s a good friend who helps middle-aged divorced women through the dating process. Although, he is one of the sweetest guys in the world, we tussle in the middle of this podcast about what kind of questions you should ask on the first date. It’s juicy stuff and useful to see things from both sides. Lemme know what you think.

To learn more about Jonathon Aslay, click here to visit his site.

Are Men Actually Intimidated By You?

You’re a beautiful woman and you’ve achieved a lot professionally. You have an education. You have a nice home. You have sophisticated tastes. You know what you’re worth and you’re not going to settle. As a dating coach for smart, strong, successful woman, this is something we can completely agree upon. But there are two problems being in the 95th percentile of all women. You believe you have to date men who are also in the 95th percentile. You believe that everyone who is less successful than you is intimidated by you. As a result, it seems like there are no men out there for you. In today’s Love U Podcast, I’m going to challenge both of those beliefs and show you how you are actively getting in your own way in your search for lasting love.

Why Doesn’t He Ask Me Questions?

You’re dating a guy and things are going great. He’s bright, confident, comfortable in his own skin, and overall, he’s pretty good company. Then, why do you feel so drained at the end of every date? Maybe it’s because he hasn’t expressed one bit of curiosity about your life. So, while you’re getting to know him, he’s not getting to know you. What’s that about? 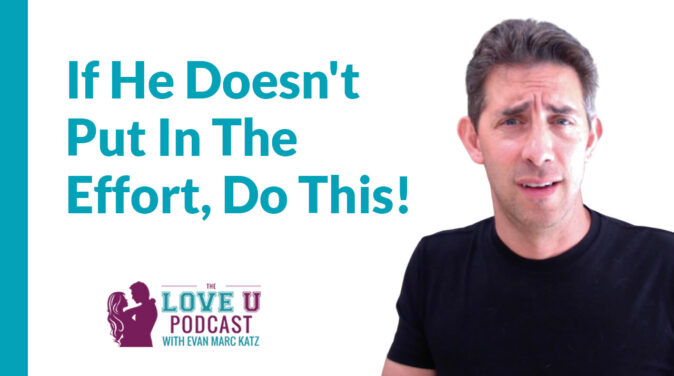