Home > Blog > Cheating > Why Does He Keep Sexy Photos of His Old Girlfriends? 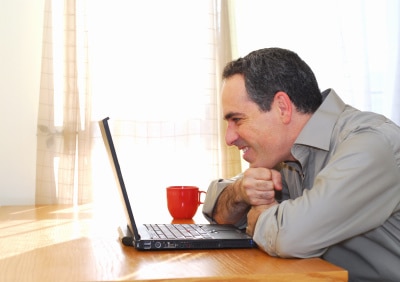 I’m engaged to be married to my fiancé. We’ve have been together for 2 years now. My issue is that I want to completely trust him, but he makes it very hard for me to do so.

When the subject of past relationships comes up, he always has a different response as to the number of partners he has had and the seriousness of the relationships.

Also, I’ve found many nude or nearly nude photos on his computer of women he has dated. He also never deleted any women’s phone numbers in his phone after months of us dating. When I asked him why, he said it’s because he doesn’t want to answer when they call.

After we were already engaged, a woman he had a short fling with sent him a provocative photo which he then forwarded to a friend, I guess to prove the fact that she was still not over him.

I don’t feel in the least intimidated about these women, because I’m very secure in myself and in my appearance, but it bothers me that he even would go so low as to associate with and actually sleep with them.

I know this is just the bad part of our relationship but this is basically the main negative. He is, however, the man I fell in love with and actually thought was my soulmate very early on in our relationship.

What do you think? —Evelyn

I think I need a little more information about you and your fiancé to be able to give a thoughtful and well-informed answer.

I’d like to know how old you are, how long it took until he proposed, what his past looks like, how many women he’s been with, whether his parents are still married and whether he’s the type of person who prides himself on being a devoted husband and father.

There is a very valid explanation for why some men lie; their girlfriends can’t handle the truth.

If he’s very young, proposed very quickly, has a history of cheating and/or deviant behavior, and is getting married despite his lack of belief in the institution, you may have some major issues to confront.

However, without that, all I can do is insert myself in his shoes to address your insecurities about him.

(By the way, this is what I do on every single question. I ask myself: would I do what her boyfriend is doing? If I’d do it, it’s not that bad, because I know that I’m a normal guy and good husband.)

So, you’ve asked him a number of times how many partners he’s had.

You know how many times my wife has asked me? Zero.

You know why she’s never asked me?

Because it’s irrelevant. The past is the past. If I’m 100% loyal and devoted and will be by my wife’s side until the day we die, what difference does it make if I was with 10 women or 100 women? That’s right. None.

Your insecurities are the reason that this topic keeps coming up, Evelyn. And because your fiancé knows you can’t handle the truth, he doesn’t tell you the truth. If the truth is that he’s slept with 100 women and this freaks you out, there doesn’t seem to be much value in telling you, is there?

If he has to put up with the third degree for admitting his humanity, it’s just easier to tell you what you want to hear.

I’m not defending a man who is a congenital liar, by the way.

Next, you’ve found nude photos on his computer of women he’s dated.

And how, pray tell, did you find such photos? Did they print themselves up? Was he using them as his wallpaper for his desktop?

Or did you get on his computer and start snooping through his files, only to discover that he has a past?

Once again, he wasn’t waving these nude photos in your face: you dug for pay dirt and you hit it. Congratulations. You got the “truth”.

Finally, you seem know which exes he has listed on his phone. How exactly do you know that? It couldn’t be because you looked through his phone, could it? Because I certainly don’t know who’s on my wife’s phone and she doesn’t know who’s on mine.

All in all, Evelyn, you claim that you’re not intimidated by these women, you’re secure with yourself, and you’re happily engaged.

I think your actions indicate otherwise.

Stop snooping, start trusting, and get on with your life instead of worrying about the past.

If you can’t trust your fiancé, you shouldn’t marry him.