My Boyfriend Asked Me To Watch His Dog Over Christmas Instead of Inviting Me to Join His Family. WTF? 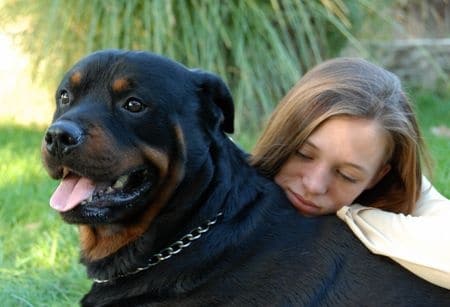 I’m 31 years old and my boyfriend is 40. We’ve been together for 5 months. We’ve exchanged “I love you’s”, we’ve met each other’s parents, gone on vacations together and spend 4 out of 7 days of the week together. With the holidays approaching, I extended an invitation to him and his parents to join my family for Thanksgiving. Logistically, it wouldn’t work out. However, I was hoping he would extend an invitation for me to join him at his house for Christmas. He recently mentioned his plans to book his Christmas travel and asked if I wanted to watch his dog for him while he was away. Clearly, he was not planning to invite me with him. To me, an invitation to spend the holidays with your family is indicative of how serious you are about your significant other. Especially since it gives them a chance to see where you grew up and who your friends are. Should I express my disappointment to him? Should I assume this is a reflection of how he feels about me?

There are a few things we don’t know about your boyfriend. Has he been married before? Does he want to get married? Is he close with his family? Has he brought lots of people home to meet his family before?

The answers to these questions matter, and without them, I am only left to play devil’s advocate about what your boyfriend is thinking. I do this by putting myself in his shoes.

Now, as you said, he’s a good boyfriend. Says he loves you. Sees you three times a week. You both sound happy. Which would indicate to me that there’s nothing “wrong” here. The only thing “wrong” is that you had a set of expectations that went unfulfilled, not that he is inherently dissatisfied with you as a girlfriend.

The most relevant anecdote I can think of to parallel this situation was when I RSVP’d to an out of town wedding after my wife and I were dating for a few weeks. I didn’t include her because I didn’t know if we’d still be together 4 months later. Well, as it turned out, we were, but I’d already sent in that RSVP and booked a flight without her.

The only thing “wrong” is that you had a set of expectations that went unfulfilled, not that he is inherently dissatisfied with you as a girlfriend.

Personally, I didn’t think it was a big deal. I was going to be around a bunch of old college friends, she wasn’t going to know anybody, and I felt she could have an entire weekend to herself while I was gone. I misjudged my girlfriend’s feelings. Not only was she upset that I didn’t invite her to the wedding (even though we were only dating for a few weeks at the time), but she was upset that I didn’t remedy this afterwards. Evidently, she wanted me to tell the groom to add her as a plus 1 and book a separate flight for her to join me.

That’s not what happened. I went to the wedding in New York, texted my girlfriend regularly while I was there, and acknowledged that it would have been more fun to have her by my side. It wasn’t until I got home that she confessed that she was hurt that I didn’t make a greater effort to bring her. Yet despite my massive insensitivity, eight years later, we’re still together.

Is this the exact same situation? No, of course not. But I believe the feelings are similar.

That doesn’t mean that you are “wrong” for getting upset, only that you’re jumping to the wrong conclusions about what this all means. You think this is a reflection of how he feels about you and that he is trying to exclude you from meeting his family.

I can say pretty safely that if he sees you 4X a week, tells you he loves you, and you’ve already met his parents, this means absolutely nothing.

I can say pretty safely that if he sees you 4X a week, tells you he loves you, and you’ve already met his parents, this means absolutely nothing — except that he trusts you with his pet.

If I were you, I’d enjoy your Christmas with your family and his dog.

And if you feel the need to say something, it’s cool. Just don’t be too surprised if he has no idea why you’re upset.