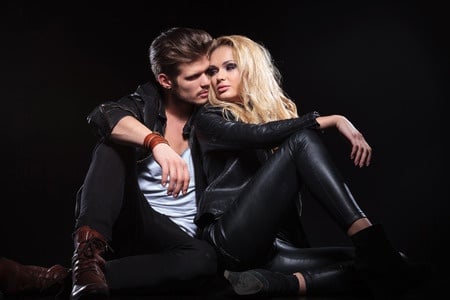 I love infographics, even when they’re based on silly, not-peer-reviewed, not-statistically significant, research, especially if they prove something illuminating.

That’s why I’m sharing this infographic from a site called Dating Metrics. I’m not sure what they’re selling, so don’t worry about it. Just pay attention to the part about women preferring bad boys to nice guys. It’s amusing and a good leaping-off point for a discussion.

In short, this guy looked at lists written by women about the 53 “sexiest TV characters” and realized that:

40% of women’s “fantasy TV boyfriends” are cold blooded murderers!
21% are vampires…
And only 14% are nice guys!

Now, it seems to me that this was a question that had a very predictable answer. Because the question wasn’t about “what kind of man would you like to marry?” In fact, the question was about the “sexiest TV characters” and “fantasy TV boyfriends”. When you frame it like that, whoever says that her fantasy is to marry Jason in accounting, who is kind, stable, consistent, communicative and relationship-oriented?

It seems patently obvious that damaged, rebellious, mysterious and brooding are pretty much the OPPOSITE traits that one would look for in a life partner.

As a result, this infographic is amusing, but much ado about nothing.

To me, the real question is why we glorify the traits associated with the bad boy: damaged, romantic, manly, rebellious, mysterious, smart, brooding.

It seems patently obvious that damaged, rebellious, mysterious and brooding are pretty much the OPPOSITE traits that one would look for in a life partner, yet women still undeniably find them attractive and sexy.

I am not even friendly with anyone who is damaged, rebellious, mysterious or brooding, so I’m not the most objective judge, so let me ask you: what is it about these exciting inscrutable bad boys that continues to have a pull on you? Is being with someone “nice” really all that bad or boring? And do you know of any dark, damaged bad boys who have turned into happy, healthy, stand-up husbands?