National Understand the Opposite Sex Day 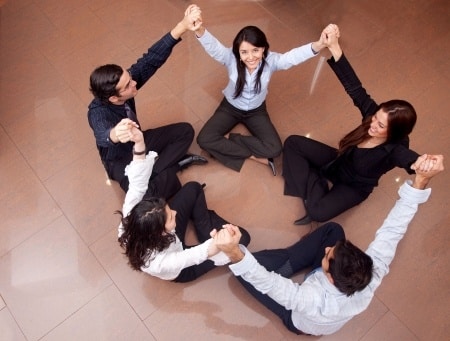 I hereby declare this to be “National Understand the Opposite Sex Day”.

You may never have heard of this holiday since you don’t get the day off of work. But Hallmark is working on cards as we speak, and grassroots organizations are forming in cities around the country. Because as the divide between men and women continues to grow, we must put aside our differences and love one another.

Look around. Look around this blog, in particular. We have become two Americas. There are men. There are women. And we have never been so far apart. This friction threatens our well-being, as partisan politics tear apart the very relationships that bind us together.

At this critical point in our rich history, we need a uniter, not a divider, to lead us into a new era of consciousness. An era in which men understand women, women understand men, and homosexuals don’t get upset when I don’t include extra pronouns to be properly inclusive.

The tenor of our rhetoric has become fierce and cold. The accusations slung against the opposite sex have been slanderous and broad. And, worst of all, both sides have tuned each other out, instead of listening closely to what knowledge can be gleaned from the “other” half.

This behavior, continued, may well be the death of us. And I’m not gonna let it happen on my watch.

Now I know that I can be a bit of a bubble burster. I talk a lot about how the world is, instead of how we want it to be. I mention taking responsibility for our issues instead of blaming the other side. I’m sort of like the uncle who tells your children that there is no Santa. My job here is to get us out of our dream states and present to reality.

I’m sort of like the uncle who tells your children that there is no Santa. My job here is to get us out of our dream states and present to reality.

So dig this reality check.

There IS a Santa. And the opposite sex believes in it.

And that’s where we’re all going astray. Women think that the men who bitterly express their disappointment at women are delusional children. Men think that women who complain about insensitive commitment-phobic men are cry-babies. In fact, both of them are wrong.

EVERY SINGLE PERSON WHO HAS AN OPINION BASED ON HIS/HER EXPERIENCE HAS A VALID OPINION. If you’ve had your wife leave you, take your kids, and take half of your money, that’s a traumatizing experience that will impact your view of women. If you’ve had a man sleep with you for six months and then stop calling you suddenly, that will impact your view of men. Is it foolish to suggest that ALL women are golddiggers and ALL men are pigs? Of course. But that doesn’t mean that those experiences aren’t very real and perspective-forming for both genders….

My goal as a dating coach is to play both sides of the fence. I don’t favor men. I don’t favor women. I rarely even have a personal stake in anything I say. All I do is consider BOTH points of view before doling out my two cents. And after a year of blogging I’ve learned this one simple formula: If you agree with my point of view, I’m “right”. If you disagree with my point of view, I’m “wrong”.

You can see how ridiculous that is.

I’m not RIGHT if you agree with me. I’m not WRONG if you disagree with me. This black and white worldview only serves to divide us, instead of acknowledging the truth on the other side.

This is not my concept — credit Dale Carnegie in “How to Win Friends and Influence People” — but nobody is well-served by denying the validity of another’s point of view. Yet, men and women on this blog are constantly trying to make each other WRONG. Men are shallow! Women are emasculating! We shout down the other point of view, defend our own point of view, yet nobody is LEARNING.

So let’s take a deep breath for a second and embrace this super deep thought.

People who disagree with you aren’t stupid. They aren’t misinformed. They aren’t malicious. They simply had a different life experience that led them to a different conclusion than yours. Again, we’re not talking about moral rights and wrongs. Cheating is wrong, lying is wrong, etc. But when it comes to this relationship gender politics stuff that’s been dominating my comments’ section, there IS no wrong. So what can we do to tone down the anger and validate each other? Because validation is much better than watching your blood boil because some stranger disagrees with your point of view on “settling”.

Now, let’s flip it over. As you’ve seen above, when people feel understood, they feel much better about you. So what’s it cost to try to get into a man’s head, the way you’d like him to get in yours? Nothing. Just LISTEN. Consider that even if you don’t share the same worldview, there is a REASON he holds it. And it’s not wrong. It’s just different.

We all want to be liked, accepted, and understood.

Why are we so determined to find things that we don’t like, don’t accept, and don’t understand in others?…

I grew up in a reform Jewish household without a strong concept of God. My girlfriend went to 12 years of Catholic school. I could spend all of my time trying to convince her she’s WRONG. She could do the same to me. But what for? We get along famously, we trust each other implicitly, we spend a ton of time together. Where’s the value in her proving to me that I’m wrong? Or vice versa. NOBODY wants to be with someone who invalidates their point of view. So we agree to disagree and acknowledge each other’s truth.

What does that mean for Understand the Opposite Sex Day? Well, instead of dismissing men who rant about women who have drained their wallets and broken their spirits, consider that what these guys are saying is TRUE to THEM. They’re not wrong. And if their sweeping, borderline misogynistic accusations have nothing to do with YOU, then there’s NOTHING to worry about. Let them believe what they believe. It doesn’t hurt you. And since you’re not going to convince them they’re wrong, stop trying.

Same advice goes to the men who have an exclusively male point of view. There’s no value in being a crusader if no one is open to listening to your crusade. And by painting all women — older women, American women, successful women — with the same broad brush, you’re invalidating those whom you’re hoping to convince. As a result, you write a lot of words — a LOT of words – and convince NO ONE. All because you’re not acknowledging their truth and their experience as women.

Let’s not pull any punches here — there is truth in stereotypes. They didn’t come from nowhere. So let’s not get too offended when for every rule, there is an exception. “Men are less attached after sex” is mostly true. “Women want successful men” is mostly true. And just because you or someone you know doesn’t fit the stereotype doesn’t mean we need to ARGUE about it. The exception doesn’t disprove the rule.

If someone’s worldview doesn’t mesh with yours, your first goal should be to try and understand why a seemingly reasonable person would feel that way.

Which is why there’s nothing really to argue about. If someone’s worldview doesn’t mesh with yours, your first goal should be to try and understand why a seemingly reasonable person would feel that way. When Lori Gottlieb writes about settling and gets hate mail, I just don’t understand. If you don’t want to compromise in love, don’t compromise! But if you don’t agree with Lori’s take on things, why get so angry? I think it’s because there is an implicit criticism when anyone disagrees with us. Instead of thinking, “We can agree to disagree,” or “There’s probably some truth to that statement,” our first reaction is, “If Evan disagrees with me, he’s making me wrong. And since I’m not wrong, I’m going to tell him why he’s wrong.” Except I’m not wrong. I can back up everything I say with rational thought, a dozen anecdotes, and sometimes even some research. That doesn’t mean you can’t disagree with me. I encourage it (without insults) on the message boards below.

But you can’t expect anyone to respect your opinion unless you respect theirs. I think that’s very clear from the posts on here.

So from this point forward, let’s make every day into National Understand the Opposite Sex Day.

I think we’d all be a lot better for it.

If your relationship is making you feel anxious, you must learn these 8 reasons why.
232 Shares
Tweet
Share232