Can Women Admit to the Loneliness of Being Single?

GET STARTED
From Jezebel:

“It has been almost three years since I’ve had sex, more than six since I was in a serious relationship. Dating was fun while it lasted, but it now all feels very much over. I don’t know that it really matters why I’m single, nor am I particularly interested in the eternal back and forth over who has it better: couples, singles, the hardworking polyamorous–we all suffer and benefit from our respective situations. Anyone can feel alone. Anyone can feel they are striving for intimacy and connection, even if they’re in a partnership.”

So writes Aimee Lutkin. I’m with her so far. Then she continues.

“The difficulty is in the inability to talk about it, the lack of language to explain how you’re looking at your life. No one who cares about you wants to hear that you’ve “given up,” but there aren’t many other ways to describe this strange single purgatory that goes on ad infinitum, yet could theoretically end any second. I am never allowed to talk for long about what’s really going on with me and romance. That makes it a hell of a lot harder to live with.”

Hey, that’s the way she feels. It’s not my place to negate her feelings or tell her she’s wrong. But as a dating coach for women, I have heard this kind of language, oh, probably 20,000 times. Every woman feels like she’s in her own lonely dating purgatory, yet if millions of women are feeling the same thing, it should theoretically be a little easier.

That’s why I had a community in my old FOCUS Coaching program and why I have a community in my current Love U Coaching program. It’s one thing to get coaching from a guy who helps women understand men and find love. It’s quite another to discover that there are hundreds of women just like you, going through the same experience simultaneously, from all around the world. Last month I got a lovely email from a former client. She is in her late 60’s and lives in Northern California  and she befriended another coaching client from the same group course who  is 30 and lives in Los Angeles. They became friendly, found  love, got married, and shared a  picture of them and their husbands  having lunch together. 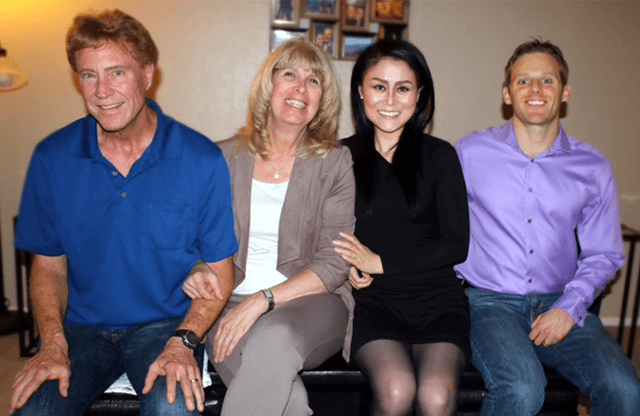 There have been Love U get togethers in New York, London, Los Angeles, Dallas, San Francisco, Virginia, Washington DC, and probably a whole bunch of other places I don’t know about.

Every woman feels like she’s in her own lonely dating purgatory, yet if millions of women are feeling the same thing, it should theoretically be a little easier.

Which is to say that while the author  may be  feeling acute loneliness, she is far from alone. I hope she reads this and understands that she can reach out and take a proactive stance in her own romantic destiny. Right now, this is how she ends the piece:

“The underlying message in those platitudes is that I need to just keep on wishing and hoping and waiting. Just wait, and wait, because something better than the life you have is guaranteed. Love is guaranteed. But it’s not, is it? Not at all, not even for someone like me, who they maybe think is cool, reasonably attractive, and not obviously insane. I wanted to cry at that dinner table, because keeping up the farce that I’m still waiting means staying still. It means diminishing the life I do lead, which is a good one. I’ll never be free to say that I’m alone forever, only that I’m in a holding pattern until real life begins.”

Do me a favor, will ya? Share this on your Facebook page with any women who feel down about dating and doubt whether love is in the cards. And let’s share  this with enough people that it finally works its way to  Ms. Lutkin.

Aimee, if you’re reading this, reach out to me through Facebook  and I will give you a free copy of my most recent book  Believe in Love  – 7 Steps to Letting Go of the Past, Embracing the Present and Dating with Confidence.

I’ve never done this before and I’m not intending on doing it again. It just feels like the right thing to do. Thanks, everybody for helping. Let’s make this happen and help amazing women like Aimee Lutkin believe in love once again.