When Women Act Like (The Worst of) Men (Video)

Sexism is real. Misogyny is real. Discrimination is real. Rape is real.

They are all extremely sensitive subjects, especially to the women who have personally suffered from their real-life consequences. Talking about such issues, raising awareness, and challenging the status quo are all important, and men need to pay attention to the shifting mores of society.

But there is a point where the agents of social change fall a bit tone-deaf, and accidentally miss their own larger point. Such is the case with this video from the Everyday Sexism project. 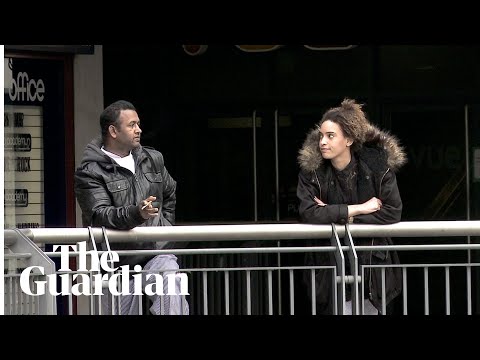 No one is going to defend a man who presses himself up against a woman on a crowded subway, or who whistles a catcall while he’s driving. Those are crude, brutish, and ineffective ways to communicate with the opposite sex. But there’s an obvious difference between the man who leads with offensive sexual pick up line and a guy who approaches you because you’re female, you’re attractive and he’d like to get to know you better.

One thing hasn’t really changed all that much: men still approach women and ask them out.

And if every time a man approaches you out of interest, it is considered an “unwanted sexual advance,” it would seem to me that the species just might die out.

I’m kidding, of course. But logically, a man can’t know if an advance is wanted or unwanted until he actually makes the advance. He doesn’t know if you’re single or have a boyfriend, whether you’re a virgin or open to one-night-stands, whether you find him attractive or disgusting. The only way for him to know is to approach. A percentage of those approaches are going to be unwanted.

Now, to be fair, there are a number of shy beta males who do not approach women and a number of confident alpha females who approach men. They are well within their rights to view dating in a gender-neutral way, but they are still in the minority. This isn’t my opinion. Just look around. Men write to scores of women online. Men approach women at parties. Men ask for phone numbers. Men pay for the dates. Men make the first move. Men are the aggressors; women get to say yes or no.

If every time a man approaches you out of interest, it is considered an “unwanted sexual advance,” it would seem to me that the species just might die out.

I acknowledge that gender roles are changing, should change and have changed. Men are doing more housework, childrearing, and healthy communication than ever before. But one thing hasn’t really changed all that much: men still approach women and ask them out.

And while I’m all for cataloging and shaming men who are crude and misogynistic, I think it’s dangerous to conflate all random flirtation as “unwanted sexual advances”. An interesting thread was started on Andrew Sullivan’s blog if you want to read more.

Your thoughts, as always, are appreciated below. Share this with friends for a thought-provoking discussion.