My Best Friend’s Wife Hates Me. Should I End Our Friendship To Avoid Damaging His Marriage? 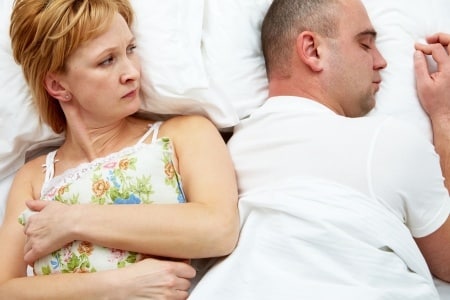 I am a single woman and I recently connected with my male best friend from childhood. We lost touch for about 10 years and when we reconnected I found out that he is now married. We were never romantically involved, but we both have told each other throughout the years and even 3 months ago that we love one another as deeply connected friends and nothing more.

His wife doesn’t appear to like me, despite the fact that he declares that she does. Plus he is trying hard to keep the friendship going, but keeps me separate from his wife at all costs. I don’t believe he feels anything for me but friendship and I have a strong conviction not to hurt him or his marriage on our quest to maintain our friendship.

Please note I have attempted on numerous occasions to include his wife in our friendship. I even sent her a birthday card and gift in the hopes to show her that I care for her and would like to be her friend too.

I know society says Married Men/Women shouldn’t be friends with the opposite sex, but I am confused by this mentality as I have integrity and a strong moral compass when it comes to the sanctity of marriage. Plus I love my friend and would never want to hurt him or his loved ones.

Is it possible for me to stay friends with him knowing that his wife is not accepting of our friendship? Keep in mind I know nothing of the inner workings in their marriage. He keeps his marriage very private and we only talk about fun topics, personal growth, careers, the news, etc…. We are both smart enough to keep each other out of our romantic relationships to avoid confusion and potential issues.

My other concern is that his wife may feel threatened by me because of our long history, but he chose her for a reason and he loves her. Not to mention I live in a different state, so we don’t even spend time with each other. Our reconnected friendship has mainly been through one visit to see both of them, brief phone calls, text messages, and emails. I have nothing to hide and I always try to include her in any conversation to ensure that she understands my intentions are purely platonic.

Our friendship has lasted over 25 years and we have always been on good terms. We only lost touch because both of our lives took different paths that did not allow us to stay connected for that gap of time. In my experience great friends can lose touch and reunite as if no time has passed. My fear is that I will lose my friend in the end if his wife starts a hate campaign against me and makes him choose. My friend is also a good man and he is faithful to his wife, he has already started to get distant so where do we go from here?

I have gotten the impression that if I had a boyfriend or husband only then would she be accepting of the friendship, but I can’t just rush out and find a man to keep my friend. My instincts are telling me to let go, but my heart is telling me to hold on and just back off. We lost touch once, but if his marriage is meant to last forever I lose my dear friend without the possibility of reuniting.

Thank you in advance for listening! I look forward to your response!

I’m with you. I think jealousy is a wasted emotion, indicative of insecurity and weakness. If a marriage is strong and both parties are trustworthy, there is never any reason to be jealous. And if his marriage is not strong or one party is not trustworthy, why is it a marriage in the first place?

So, morally, I completely support your friendship, deplore the jealous wife, and think that your best friend should stand up for your relationship. Part of marriage is accepting all of someone; it’s not about telling your spouse, “I love you, but you have to drop any female from your past.”

And yet. And yet.

SHOULD the wife be secure enough to accept your friendship for what it is — a warm whiff of nostalgia that doesn’t remotely threaten her marriage? You betcha.

You’re having a really hard time accepting the passage of time. He’s your childhood best friend. He’s married. He lives in another state. How much is this friendship actually giving you? How much could it possibly give you in a perfect world? Would you expect him and his wife to come visit you? Would you like to come and visit them? Both seem somewhat unrealistic when I think about old friends with whom I’ve reconnected on Facebook.

SHOULD men and women be allowed to be platonic friends? Absolutely.

SHOULD your friend tell his wife to back off? I sure think so.

SHOULD the wife be secure enough to accept your friendship for what it is — a warm whiff of nostalgia that doesn’t remotely threaten her marriage? You betcha.

But none of that actually matters. What matters is that they’re married and you’re a single woman from his past who lives in another state and desperately wants to keep your old friendship alive. That shouldn’t be his wife’s problem. It shouldn’t be your friend’s problem. It’s really your problem.

My advice to you is to put your attention on finding a more meaningful relationship with a new man in your state.

So you can feel free to share this blog with your friend, providing further validation why you should still be allowed in each other’s lives. But really, my advice to you is to put your attention on finding a more meaningful relationship with a new man in your state. And when you do, I promise, you won’t spend any time worrying about how little you talk to your former best friend from childhood.