How to Get Over The Last Man Who Broke Your Heart 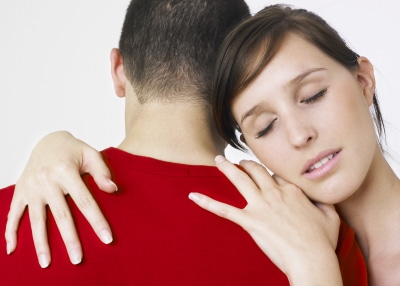 I invite you to think of the last time you were emotionally invested in a man.

The common denominator is that this man, who took your breath away and gave you hope, ultimately left you.

I know how it feels. Most people do. You stake your dreams on the integrity of your relationship, only to find out that he had eyes for someone else, that he had major issues with you, or that he wasn’t ready to commit to you.

But the hardest part is how, far too often, you never quite get over him.

Because you weren’t the one who ended things, your feelings remained as strong after you were dumped as they were before you were dumped. It makes perfect sense. He might have broken up with you, but that doesn’t mean you love him any less.

This exact scenario happened recently with my client, Wanda, who was still recovering from a short relationship with a man she met on JDate.

They had gotten physical after 5 dates, took down their profiles, and gave an exclusive relationship a shot. Two and a half months later, he broke things off. Said he wasn’t feeling what he thought he should be feeling. Said it wasn’t her fault. Said he wanted to remain friends.

Needless to say, it’s extremely hard for her to move on. Every new man gets unfavorably compared to the ex. It’s not that she’s wrong; Wanda can’t help herself. She felt that dizzy, passionate, “in love” feeling, and even though the ex is gone, the feeling still lingers.

Wanda’s is wondering about how to get him back. She’s hoping that their friendship turns back into a relationship. She’s “dating” but not really giving herself to the process.

In other words, she is pining for the return of a man who does not love her unconditionally.

Talk about a bad plan. Then again, you’ve probably done the same thing. If you’re still holding onto a man from your past, my eBook, Why He Disappeared will show you how to instantly let go.

But let me ask you: don’t you think your future husband should love you unconditionally? Wouldn’t you figure that this should be a pre-condition for any man who’s going to spend his life with you? I sure do.

In fact, if I’m building the perfect man, I’m starting there and working backwards:

1)       Most important quality: Loves you unconditionally. Will stick by you for richer and poorer, in sickness and in health, til death do you part.

Yet all I hear about, over and over, is the amazing, tall, cute, sexy, charismatic, funny, successful guy who breaks your heart when he doesn’t want to commit to you.

Face it; your ex isn’t as great as you think he is.
…He was willing to let you go.

Your husband DOESN’T leave you.

Your boyfriend’s willingness to leave you IS his fundamental flaw.

And you’re holding onto an idealized image of him — hoping he comes back.

Why? So when you get him back, he STILL doesn’t love you unconditionally?

Face it; your ex isn’t as great as you think he is. It’s not that he’s not a great catch on paper. But in practice, he’s a terrible life partner for you for one reason.

He was willing to let you go.

Now it’s time for you to let him go.

Same thing with any man who broke your heart in the past. Let him go.

Only then can you open up to true love — the kind that endures forever.