Why Controlling Your Emotions Is the Key to a Successful Marriage 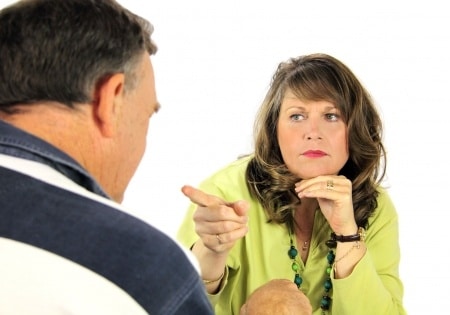 While it is commonly held that women play the role of caretaker and peacemaker in relationships, a new study from Lian Bloch at UC Berkeley is among the first to reveal this dynamic in action over a long period of time. Participants are part of a cohort of 156 heterosexual couples in the San Francisco Bay Area whose relationships researchers have tracked since 1989.

“Bloch and fellow researchers at Berkeley and Northwestern University analyzed videotaped interactions of more than 80 middle-aged and older heterosexual couples, focusing on how they recovered from disagreements. Time and again they found that marriages in which wives quickly calmed down during disputes were ultimately shown to be the happiest, both in the short and long run…Results show that the link between the wives’ ability to control emotions and higher marital satisfaction was most evident when women used “constructive communication” to temper disagreements.”

This does not surprise me in the least. And if it surprises you and your first reaction to this study from the most liberal university on the planet is to say, “What about men? What about when they’re angry? What about when they’re wrong? This is just further evidence of the patriarchy at work! Gaslighting! Telling women they’re crazy!” please, take a deep breath and recognize that this isn’t an opinion. This is merely what researchers have observed. Healthy marriages occur when the wife can discuss problems and suggest solutions instead of being angry and contemptuous. Fancy that.

I remember having a girlfriend who would fly off the handle at the slightest unintentional provocation. My mother even got to witness this when I flew this girlfriend to New York one November. I have no idea what I said, but you could see my girlfriend’s face tense up and a certain darkness behind her eyes before she went silent and then snapped. Pretty much every time we were together, I would say something to upset her, she’d fly off the handle, and I would either apologize or encourage her to be a little less sensitive, lest I be forced to walk on eggshells all the time. Needless to say, telling her to do that only inflamed the situation, whereby our fights would end with her screaming, crying, or abandoning me at parties, restaurants, and weddings all around Los Angeles. For awhile, I really internalized this and thought that I was a bad boyfriend. After some more life experience, I realized that I was a logical, reasonable person and that I couldn’t be held hostage by someone’s intemperate emotions. No matter how deeply you feel something, there are effective ways to communicate and there are ineffective ways to communicate.

This study shows that it’s more effective to be a problem-solver than a finger-pointer.

Want to disagree? You may – just don’t point any fingers at me for sharing this study with you. 🙂