Why is My Toxic Ex-Husband Prolonging Our Divorce? 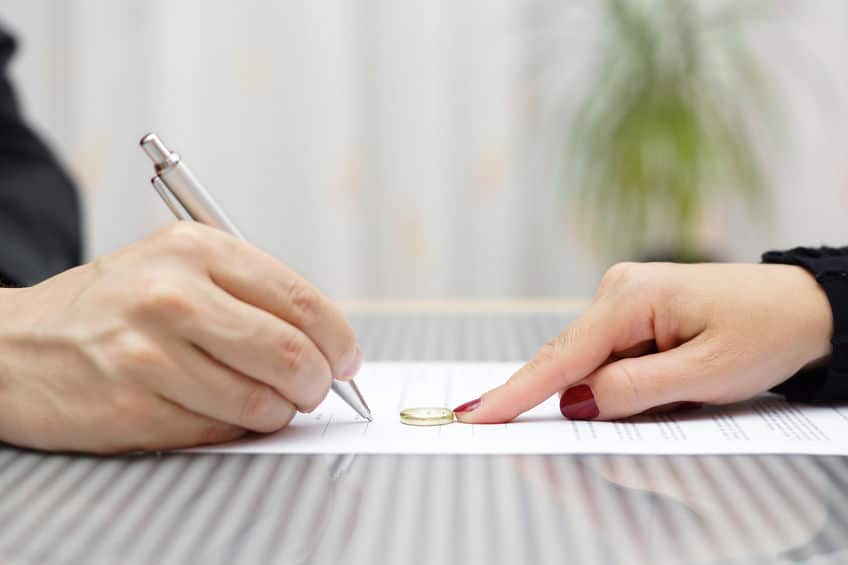 We were in a very toxic and abusive relationship. It all ended when I decided to press charges on him at the beginning of my pregnancy. I wasn’t ready to let go at first but I am now.

He threatened a false annulment and said that he had the paperwork for me to sign.

After he got out of jail he harassed me about getting an abortion as did his mistress.

His mistress is also the mother of his children and they were in a relationship for longer than he and I were married. He made it a point to let me know he didn’t want to be with me.

Now that I am finally agreeing to all terms he will not answer the phone. I told him I was trying to reach out to him about the divorce and that he can sign over all parental rights and we can go our separate ways.

At this point I just do not want to be tied to him anymore. He will not answer the phone to talk about it anymore and I don’t understand why.

It just doesn’t make any sense why he would go through all of that trouble just to not want to proceed with the divorce. He knows I cannot file in the state I am in for a while since I just moved out here and I have to wait six months before I can file here.

I have the money to file for him but he just ghosted me. Please give me some sort of insight if you can. Thank you so much.

I’m sorry this is happening to you, Betty, and I’m positive there are people with greater experience with divorce law than me. I would certainly find out what your legal options are from a local attorney and explore them to get the divorce you deserve.

But I don’t think you turned to me for legal advice; you wanted to know what all women want to know about their men — WHY?

“Why would he do that? It makes no sense! It’s totally inconsistent! I’m completely baffled by the difference between his words and behavior.”

So, as a public service to you and every woman who wants to understand men, let’s try a thought experiment:

If you put yourself in his shoes, what would be the most logical possible explanation for his behavior.

I’ve never been a toxic and abusive guy but I can sure tender a guess based on what we know about basic psychology.

And if your ex is as bad as you say, he thrives on power, control, and manipulation.

He doesn’t want to be married to you anymore, but he doesn’t want you to be out of his orbit, because the second you sign those papers, you are GONE from his life. And when you’re gone, he can’t continue to harass you, control you, and emotionally torture you.

He’ll be left with the mess of he’s made of his life — kids with two different women, shady behavior, terrible values, and nobody to love him and put up with him anymore.

Long story short: he’s avoiding the pain of you leaving him alone and he’s prolonging the pleasure of having control over you.

The second you are able to cut the cord entirely, I encourage you to do so and never look back.

This website uses cookies to improve your experience while you navigate through the website. Out of these, the cookies that are categorized as necessary are stored on your browser as they are essential for the working of basic functionalities of the website. We also use third-party cookies that help us analyze and understand how you use this website. These cookies will be stored in your browser only with your consent. You also have the option to opt-out of these cookies. But opting out of some of these cookies may affect your browsing experience.
Necessary Always Enabled
Necessary cookies are absolutely essential for the website to function properly. These cookies ensure basic functionalities and security features of the website, anonymously.
Functional
Functional cookies help to perform certain functionalities like sharing the content of the website on social media platforms, collect feedbacks, and other third-party features.
Performance
Performance cookies are used to understand and analyze the key performance indexes of the website which helps in delivering a better user experience for the visitors.
Analytics
Analytical cookies are used to understand how visitors interact with the website. These cookies help provide information on metrics the number of visitors, bounce rate, traffic source, etc.
Advertisement
Advertisement cookies are used to provide visitors with relevant ads and marketing campaigns. These cookies track visitors across websites and collect information to provide customized ads.
Others
Other uncategorized cookies are those that are being analyzed and have not been classified into a category as yet.
SAVE & ACCEPT
39 Shares
Tweet
Share39