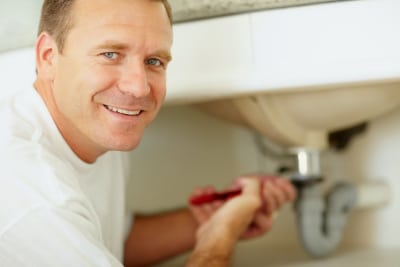 Recently, 8 authors, bloggers and comedians participated in a discussion in the Room for Debate area of the NY Times called “Are Modern Men Manly Enough?” The New York Times asked:

Are men spending too much time at the spa and the gym in lieu of grittier, manlier pursuits? And if so, is this making them less masculine?

The debate includes short pieces that advocate a return to manliness. A few excerpts…

“Rediscover the Don Draper Within” by Joel Stein, columnist:

We can’t solve this man-crisis by sitting on a couch watching “Ice Road Truckers.” We’ve got to start fixing our own toilets, exercising outside at 6 a.m. and hunting the meat that we cowardly eat from far crueler factory farms. Otherwise, the tribe down the street might raid us and pillage our apartment.

“Where are the Meat and Potato Men?” by Natasha Scripture, blogger and author:

Come to think of it, I haven’t met a manly man in quite some time. Maybe because most of them live in Montana. Or Texas. Or Sicily! They’re certainly rare sightings in New York City because here the abundant local species seems to be the metrosexual.

Lot of jokes at men’s expense, many of them funny. But what is there to really learn from this? How did men get this way? Is this a good thing or a bad thing?

Not surprisingly, I’ll say that it’s both.

What’s bad about men – and, well, women as well- is that we’re completely not self-sufficient. I’ve long ago accepted that I’d be the first person kicked off Survivor island. The lack of air-conditioning alone would spell my demise. I own a wrench but can’t use it. I have a very active subscription on Angie’s List. I hire a handyman to hang big picture frames. And I’m not really ashamed at all. Because really, who said that you’re more of a man because you can use tools, fix computers, or hunt for food?

We’re fortunate enough to live in a world where I don’t have to do these things. If I DID have to do these these things for a) survival or b) to be attractive to women, I’d be at a disadvantage. But I don’t. I have a plumber and a gardener and a handyman and a pool guy. And my wife has a nail woman and a monthly cleaning lady and a daytime babysitter to take things off of her plate that she either couldn’t or wouldn’t want to do herself. We’re lucky. But we’re not lesser men or women for it.

To me the one guy who really got it right in that NYT piece was Lawrence Schlossman, blogger:

I want to tell the modern man that he doesn’t have to look like a gold rush-era carnival worker or brew his own micro whatever to be considered a man in my eyes. No, it’s way easier than that. How about being a good guy, a good person.

When women say they want a “man, not a boy”, I’m pretty sure that this is the crux of it. Sure, it’s a bonus if you can build a deck in your backyard. But really, what separates the men from the boys? It’s integrity. Honor. Responsibility. Sticking with your word. Knowing how to sacrifice. Putting loved ones first. It’s certainly not about manual labor, ability to survive in the wilderness or fighting for your honor. Those are remnants of a 19th century world. Many of us don’t want to return to that world.

To be fair, I’ve heard the lamentations from women about men losing their masculinity; those same women better take a good look in the mirror about how they’ve lost their femininity. You can’t have it both ways. If you prefer a world where men are the he-man type, then you must advocate for a world where women are the docile and helpless type. And if you think that’s silly, I would ask you: why? Why should men continue to embody ancient stereotypes but women shouldn’t?

What we need to do is recognize that many men have become more like women – helping at home, believing in monogamy and pacifism and community. And many women have become more like men: direct, challenging, ambitious, driven. There’s nothing wrong with acknowledging these original stereotypes, or admitting that the lines have been blurred between the genders. What I hope to offer to you, as a reader, is a knowledge that if you’re looking for a typically masculine man, you’re better off being a typically feminine woman. If you’re a typically masculine woman, you’ll have a better fit with a typically feminine man.

As for me, despite my lack of traditional manly skills, I’m still a man. I’m the traditional breadwinner and my wife is the happy stay-at-home mom. And I can assure you that, by abdicating responsibility for home improvement, I am doing what’s best for everyone involved. I don’t have to get frustrated with my failure to wire the lamps in my backyard, my wife won’t be widowed because I haven’t electrocuted myself, I have more time to spend with my family, AND I’m contributing to the U.S. economy!

So to all you Do-It-Yourselfers: you want to be a better man than I am? Great. Hunt me some chicken and I’ll give you $10 before I cook it on my George Foreman grill.

Read all of the entries in the discussion here. I look forward to hearing your thoughts on what makes a man into “a man”.