Did I Choose a Loser? Or Am I Just Insecure? 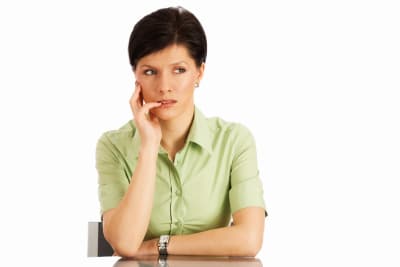 Evan,
I’m 23 years old and I fear that I may be the product of my overly exploited-social media obsessed-generation. I’ve been following your blog for quite a while now and even share some of your tips on my radio show (I always credit and cite you). Yet, I still find myself confused sometimes.

I’m currently dating a bartender. Most people would view this as a faux pas and even cringe a little at this statement. I know I did when I first said it aloud. We’ve been dating for about a month and shortly after we first had sex I found him creating distance between us. This is not really what concerned me — in fact I expected that. What bothers me is that when I casually bring up the fact that it takes him 5 hours to text or call me back, he tells me I’m flipping out. I find that inaccurate since I don’t feel that I get overly upset or loud with him. Since the birth of social media sites and, in particular, Instagram, I know when and how long ago he was active and on his phone. I don’t mention this to him because I know this is somewhat insane behavior.

This really upset me, so I tried not to care or bring up it up. However, since we’ve been dating and I continue to frequent the bar, there have been some red flags. Given his current profession, there are always going to be women, flirting and all of the stuff that would drive a woman insane. On three separate occasions I felt disrespected. The one that sticks out and still bothers me is when one night I went to visit him and after a couple of drinks I decided to leave. Usually when I leave we kiss or do something sweet. This time when I went to kiss him goodbye, he pulled away from me like the plague and told me in this sort of coy and charming way to wait until I see him tomorrow. IMMEDIATELY, bells went off in my head. I felt like I was being tricked. I asked him what the problem was and finally he admitted that at the other end of the bar a woman he had hooked up with in the past was sitting amongst mutual friends and he didn’t want her to say anything.

I left the bar without saying a word to him. I felt humiliated and frankly pissed off.

Is it me or did I choose a loser? Am I being the stereotypical insecure woman or are my reasons for feeling uncomfortable just? Whether it’s him or anyone else, I tend to have this problem. – Kristina

His girlfriend is going to be the cool girl who makes him want to be a better man — not the one who spies on his Instagram account.

Wait, you want me to say more? Okay, twist my arm.

You were aware enough to realize that you’re dating a bartender. Bartenders are often cute guys who work late hours and pick up women at last call. They are around drunk women all the time and can often get together with whomever they want, at will. If that bartender is in his 20’s like you, it’s a really safe bet that he’s in no rush to get married, and so he will continue to keep a roster of women at his access. He can text any of them when he gets bored/horny/lonely and whoever responds, responds. That’s his desire.

And that’s where your tendencies — the ones you admitted in your last line — are going to trip you up. Doesn’t matter if you’re dating a bartender or a saint. You are acting from a place of fear and insecurity and you’re paying the price for it.

Therefore, you have two choices:

1. Find a guy who doesn’t have a profession which requires him to flirt and be surrounded by other women. An accountant. A contractor. A programmer. He may be less charismatic than your bartender, but he’ll be earnest, relationship-oriented, and single-minded in his attraction to you. This is the man you should probably date and marry based on your natural insecurities.

2. If you insist that you want to be with a confident, flirtatious, charismatic guy, you had better put all your fears aside and start trusting.

No getting on his case for flirting. That’s what he does.

No lectures for not replying to texts when you want him to. You’re not his boss.

No freaking out that he’s got a past with other women. Of course he does.

Now this does NOT mean that you should turn a blind eye to a man who is a player, a cheater, and a narcissistic jerk. Your bartender could very well be that man.

And that’s the source of my advice — what kind of woman would I want to be with?

So, Kristina, if you are with a guy who really likes you, who wants to be a boyfriend, and who sees himself as a husband one day — the ONLY way to deal with him is to trust him and not micromanage him.

This is almost the identical situation to this post from a few weeks back (What Is the Definition of Monogamy?)

In short, you’re wrong to spy on your bartender and get jealous that he has other women in his rotation. You’re not his girlfriend. You have no rights to his time.

But your bigger problem is that you’re dating a young bartender who doesn’t see you as anything serious and you’re expecting him to hop to attention when you call.