I Have a Great Relationship But Something’s Missing. Should I Hold Out For Something Better? 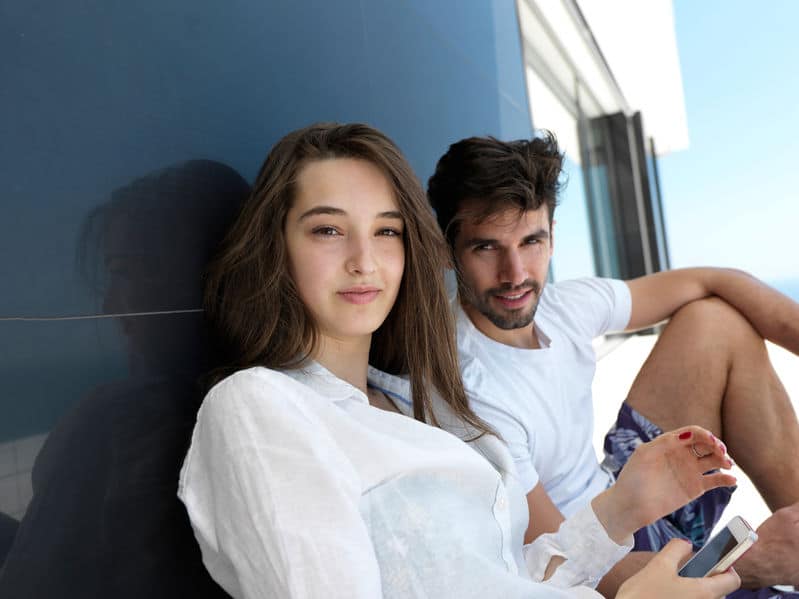 How do you know if a girl is the one? As a guy, do you get swept off your feet like a girl does or is it more logical?

I’ve been dating a girl for three years. When we first met it was long distance and I fell for her pretty deeply. But then after 6 months of her living in the same city (about a year later), I started to have doubts.

She’s probably the best person I’ve ever met. She is the most genuine kind person and we are very compatible in whatever we do together. But at the same time, she’s probably a 7.5 and I’m constantly pulled to “trade up” for a hotter girl. I dated lots of hotter girls before dating her but because they were long distance an attraction wasn’t the biggest issue.

I think it’s because I never feel like I’m excited with her. We get along, but I’d rather be out on the weekends with my friends than with her because she and I just do/talk about the same things we always do. I think we’d make a great long-term couple, but I feel like there may be something missing.

But, I can’t decide if I feel like there’s something missing because I’m irrationally pulled by hotter girls I know I can get (who may not be as kind-hearted and good for me), or if I’m actually settling. I don’t know if I should logically choose the good match or hold out for a relationship where I feel like nothing is missing.

What are your thoughts?

Your question doesn’t reveal your age, but I’m going to guess 26 because you referred to your girlfriend as “a girl” instead of a woman.

At 26 you may or may not have had a lot of dating or sexual experience. At 26, you may or may not have had any career success. At 26, your brain has finally finished maturing. Which is to say that you have experienced as much as one can experience in five years post-college — and that’s not very much. Which is why I’m far more sympathetic to your question than when I get the exact same thing from a 57-year-old woman, who, presumably should know a little something about how love works.

So, “as a guy, do you get swept off your feet like a girl?” Sure, you CAN get swept off your feet. It just means that you’re not thinking very clearly. You’re treating those first-year “in love” feelings as if they were indicators of a future, and they’re not. I got swept off my feet in both 2003 and 2004. One girlfriend dumped me in 6 months. The other dumped me in 3 months. Long story short: I do believe you can tell when someone is WRONG for you, but it’s a lot harder to tell when someone is RIGHT for you. That’s what you’re going through right now. This is actually healthy.

That’s right: healthy. Now that the chemical haze of lust has worn off (as it always does), you can finally see your partner for all that she is. And what do you see, Matt? “She’s probably the best person I’ve ever met. She is the most genuine kind person and we are very compatible in whatever we do together.”

Yeah, that sounds a lot like the way happily married men describe their wives. The problem is that something is “missing.” In your words:

“I can’t decide if I feel like there’s something missing because I’m irrationally pulled by hotter girls I know I can get (who may not be as kind-hearted and good for me), or if I’m actually settling. I don’t know if I should logically choose the good match or hold out for a relationship where I feel like nothing is missing.”

Put it this way, from a guy who asked himself the same embarrassing questions 7 years ago:

You will ALWAYS be irrationally pulled by hotter girls who are not as kind-hearted and good for you. You will age. Your wife will age. Those girls will never age. You can appreciate their beauty from afar the way you’d appreciate a rainbow. Just know that you can’t build a life with someone if you’re constantly trying to trade up. If you want the Hugh Hefner life, that’s your business. Feel free to cycle through new hotties every six months until you die. But if you’re looking to build something significant and permanent, you’re exactly where you need to be.

Are you missing out on dozens of exciting new women that you could theoretically “get”?

Life is about tradeoffs. By staying in this relationship, you’re sublimating your libido and ego to build a life with someone. It’s what most married men do.

Will pursuit of those women make you happier than staying with your amazing girlfriend?

I highly doubt it.

Life is about tradeoffs. By staying in this relationship, you’re sublimating your libido and ego to build a life with someone. It’s what most married men do. By junking your relationship, you can pull another woman who may be more attractive — and may even be just as nice — but in three years, you know what? You’re not going to be excited by her either. The same way you’re not excited about your “new car” after it’s been in your driveway for three years. That’s just the way it goes.

So if you need to sow your wild oats, I wouldn’t be judgmental in the least. I’m just letting you know that if/when you decide to get married, it’s going to look EXACTLY like the relationship you have today. The only question is whether you’re going to marry your current “7.5” girlfriend or the next “10” who, after 3 years, also turns into a 7.