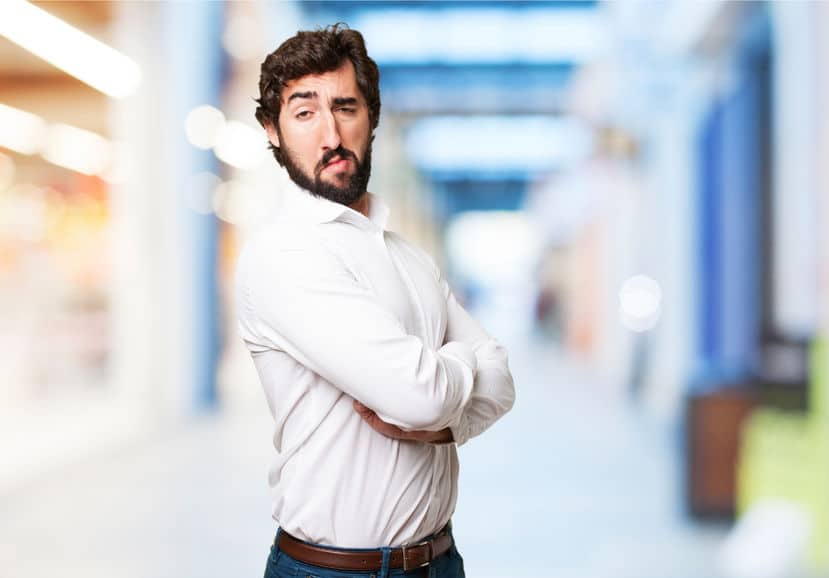 I’m not sure why, but I love this article.

It illustrates two concepts that are scientifically proven but often challenged.

Researchers have shown for years that men tend to  be more confident  about their intelligence and judgments than women, believing that solutions they’ve generated are better than they actually are. This hubris could be tied to testosterone levels, and new research by Gideon Nave, a cognitive neuroscientist at the University of Pennsylvania, along with Amos Nadler at Western University in Ontario, reveals that high testosterone can make it harder to see the flaws in one’s reasoning.”

When someone tells you there are no differences between the genders, they generally mean they don’t want to concede the possibility that men are “better” in any way.

Which is perfectly understandable.

Yet many are glad to concede when studies show men to be inferior.

This is one of those times. 🙂

Loser guy who thinks he has a shot at the hottest women online? Check.

Male politician who can’t admit he made a crucial policy error? Check.

Testosterone is a bitch that causes men to be, well, men.

Buffoonish man who “mansplains” things to you without all the facts? Check.

Testosterone is a bitch that causes men to be, well, men.

Overconfident. Clueless. Arrogant. Aggressive. These are stereotypes for a reason, people.

Overconfident. Clueless. Arrogant. Aggressive. These are stereotypes for a reason, people.

“Confidence can spur a person to action, to take risks. But we should all be more aware of when confidence tips into overconfidence and testosterone supplements could encourage that. Ironically, these supplements might make someone feel bold enough to lead but probably reduce his ability to lead well.

The television ads promise youth and vigor, but they’ve left out the catch: Testosterone enhancement doesn’t just make you feel like an invincible 18-year-old. It makes you think like one, too.”