Sex is important. While it shouldn’t be the entire focus of your partnership, if you’re with a guy who doesn’t want to sleep with you, your relationship is probably doomed.

Today, we’re going to explore a few use cases where a man doesn’t want to have sex: before you’ve gotten together, when you’re dating, and after you’re in a committed relationship.

One of the hardest concepts to convey as a relationship expert is that attraction is not a choice. Think of that nice guy at the office. Think of your sweet best friend from high school. Think of the dude who has had a crush on you forever and would do anything to make you happy. As much as you would love to summon attraction for him, you can’t simply talk yourself into it.

Attraction is visceral. It’s primal. It’s lustful. And, particularly, for men, it’s INSTANT. For most guys, sexual desire is something you feel within seconds of meeting someone. Although it’s possible for attraction to grow over time, you need a certain spark at the beginning to get things started. If you don’t have that spark, nothing’s going to happen.

So when you’re pining for your crush to go from “friends” to “more than friends” and turn your platonic relationship into a sexual relationship, you’re usually hoping for a day that will never come. Is it possible that this guy has been harboring feelings for you all this time? That he’s just shy but secretly lusting after you? That he’s been dying to initiate sex but was too concerned about ruining your friendship? I suppose. But the more likely explanation is this: he’s not physically attracted to you in that way. And there’s not much you can do about it – any more than your safe, sweet guy friend can convince you to start considering him as a sexual person.

But if Occam’s Razor states that the simplest answer is usually the right answer, then it stands to reason that the underlying reason that such a guy doesn’t want to sleep with you is that he’s not attracted to you. Once you accept that this is not his choice, and that attraction is not rational, but emotional, then you can let go of the idea that your crush will materialize.

Many dating relationships start the exact same way. You begin with intense sexual interest. You dive quickly into physical intimacy. Having a partner who turns you on brings out the very sexual person that has been lying dormant between boyfriends. And the next thing you know, you’re having sex every single time you see this new guy.

By the way, this is perfectly normal. Having access to a physical relationship tends to give you sex on the brain. And when your sex life is good, you often don’t stop to think about the other facets of your relationship that aren’t so good. You may be dating a guy who is sex-crazed and isn’t interested in a serious relationship. You may jump straight into a committed relationship with a guy who isn’t looking for anything long-term. You may feel an intense emotional connection, but that doesn’t mean he feels the same thing for you. But hey, when the sex is good, critical thinking tends to go right out the window.

Having an active love life activates all sorts of chemicals in your brain – dopamine, serotonin, norepinephrine – that make you feel high. The same high one feels on cocaine or methamphetamine. That can carry you a long way. But eventually, the lust runs out and the mask slips off. You’ve experienced it before. The guy who was great for the past few months suddenly starts to act differently. While he used to want to sleep with you every time you were together, his interest has started to wane. He’s now more interested in his phone. Or his video games. Or his work. Maybe he says he has health issues affecting his formerly high libido.

So while you thought you were on the same page regarding sex, somewhere along the line, he seems to have lost interest, which creates a very awkward situation. What happens when a relationship that was kindled by sex and somewhat predicated on sex… no longer is dominated by sex? Well, that’s when you discover that sex alone is not a great predictor of your future.

There is no guarantee that the same man who was hot for you one day will continue to be that way in the future. It’s not your fault. It’s just the way things are. Men look for sex in the process of finding love, but neither sex nor love is enough to necessarily sustain a relationship where he’s not that into you. (MORE)

While it may seem like guys are sex machines who always want it, the truth is that men tend to be obsessed with sex when they’re not getting it and take it for granted when they are. You may take this personally, but it’s not inherently personal. It’s called hedonic adaption. When something is exciting and new, we get obsessed with it. When it’s no longer exciting and new, it’s hard to get worked up about it. Think about your new job, your new car, your new house. Is there any reason to think that having a new partner will remain exciting for forty years?

That’s why relationships that are based on sex alone are not sustainable. Eventually, the lust runs out, and to survive, you have to have to be best friends, not just lovers. Where you might have wanted to have sex every night in that first year, after you’ve been together for ten years and had two kids, your sex drive will likely be affected. You have more responsibilities. You’ll be more tired. His testosterone levels will go down over time; it will plummet even further when he’s around the children. These are biological facts that we can’t change; all we can do is work around them. You can have a great marriage and have sex once a week – as long as it works for both partners. If your libidos are mismatched, it’s going to cause a problem.

But sometimes, it’s worse than that. In 15% of all relationships, sex just disappears entirely. Where in the past you felt really confident in your attraction and could have an easy conversation about your sex life, your new normal becomes the sexless relationship.

This will take a toll on both men and women, albeit slightly differently. Societally, women have so much ego and emotion tied up in feeling desired that it’s often more crushing for her when the man simply stops caring about sex. For men, there’s a different ego blow when their wife is disinterested in his advances. It is more likely to turn into rage than sadness, and this rage often results in his infidelity – to make him feel physically desired in a way that his wife – the mother of his children – stopped doing a long time ago.

There’s one other factor that makes sex in long-term relationships more challenging: humans are not necessarily a monogamous species. Sure, over 80% of people still get married, but at a genetic level, we are more like bonobos – polyamorous at heart. We choose monogamy for a variety of reasons: love, stability, faith, jealousy, perception, children, etc. But even within the bounds of marriage, men can still desire other women, women can develop strong feelings for other men, and both parties might discover it’s hard to remain excited about one partner forever.

There’s a common misconception that if you’re married or in a serious relationship, you should no longer find other people attractive, and that’s simply not true. At the same time, you can want to have sex with someone else, have an active fantasy life, and channel that into your own relationship. The problem is when one partner chooses to refuse sex, the other partner feels shut down, and nobody bothers to talk about how this happened or where to go from here.

If your partner no longer shows sexual interest in you, it’s likely a mutual drift that happened over time. He may not be feeling confident in his life. He may have performance anxiety. He may have already tossed in the towel emotionally unbeknownst to you.

The point is that sex is extremely complicated, no matter which phase of your relationship you’re in. The best marriages have strong communication and other aspects to them (children, travel, hobbies, mutual friendships), which allow couples to get through these rough patches that occur in all sexual relationships. 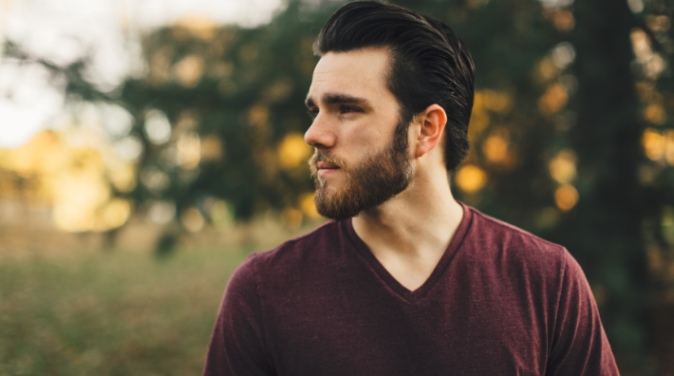