My Boyfriend Is Great But He Talks Baby Talk. What’s That All About?

I’ve been dating my boyfriend for a couple of months. I’m 50, he is 60. We both have Ph.D’s. We met from an online dating service. Initially I wasn’t sure I had any chemistry but decided to give the guy a shot. He is smart, funny, and had been thoughtful, giving me gifts, writing me notes, etc. Texts a lot, makes time for me on weekends and once during the week. About a few weeks in we were sitting on the bed watching TV, talking. He started talking baby talk to me. It was a high pitched, mushing words together, weird baby talk. I was shocked. He kept at it and I was completely turned off.

Since I had been so into him at the time it was not that I was looking for a reason to break things off. It just took me by complete surprise. He’s done it many times, only when we are alone, never in public…so far. It’s usually in the evening, maybe when he is more relaxed, I don’t know. But it’s definitely a turn off. After the third time I said to him in the nicest way possible, “Did you know you talk baby talk?” I just was not sure what to say to him! He said something like he didn’t realize it. I asked him if anyone else in his past had commented on it and he said no. (Hmmm, why am I so lucky to get this, I thought?). But he couldn’t have just started doing this with me. The fourth time I said it again and he tried to say that he was “just relaxed”.

Several things happened over the following 6 weeks that has made me wonder if he is really the one for me. Some passive aggressive behavior, some pouting when he doesn’t get his way. Some really immature behavior. He actually had an alcoholic parent and has some of those characteristics from growing up in that family. His brother is similarly emotionally stunted…Although I would not have said my boyfriend is emotionally stunted, I’m beginning to think that he is. Why does he do this? Is this common? I have heard adult women do this and it is creepy then, too. But this is a huge turn off and I feel like running home when he does it. Not sure why I haven’t….I have not yet said I don’t want him to do it. I’ve been thinking about how to approach him with this, or hoping it was just going to be a one or two time thing, but it looks like this is a part of his communication style. There is nothing else surrounding the baby talk…like he isn’t trying to ask for sex, or anything like that. I am just baffled by this and have never heard a grown man do this. Your thoughts????

My thoughts? You certainly asked the weirdest question of the month. So there’s that.

But since I’m here to help solve your dating problems, let’s tease this out and dissect your baby-talking guy from a few different angles, okay?

One thing’s for sure: you don’t want to bottle this up and build up resentment.

First of all, baby talk, in and of itself, should not be the reason to break up. I will concede that it’s unusual. I will concede that it’s annoying. But if he’s smart, funny, thoughtful, relationship-oriented, financially stable, and good in bed, then it would be hard to say, with a straight face, that you should dump him when he brings out the high-pitched voice a couple of times a month.

As such, baby talk — especially done privately — is no different than any other annoying quality that one might encounter in a partner. I pick the skin on the bottom of my feet when I read in bed. Disgusting, right? My wife hasn’t dumped me yet. My wife eats Oreos in front of the sink before brushing her teeth. Kinda peculiar, huh? And yet I predict we will make it to our next anniversary. 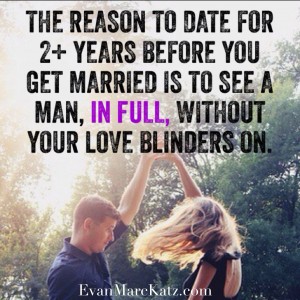 To be clear — I’m not defending the baby talk itself — I’m only trying to put this odd, but benign, action in its proper place. There are far greater sins in a relationship to consider, and there are always valid reasons to break up with someone — you just have to unpack them and separate them from the baby talk itself. The immaturity, the passive-aggressiveness you cited above — maybe the baby talk relates to it, maybe it doesn’t. But that’s why you date for 2+ years before you get married. You get to see a man, in full, without your love blinders on. Down the road, you can decide for yourself if his behavior is acceptable or unacceptable. To me, odd personal habits are usually acceptable, because they don’t involve how he treats you. Once he treats you poorly, or communication isn’t working for you, that’s another story.

You certainly asked the weirdest question of the month. So there’s that.

One thing’s for sure: you don’t want to bottle this up and build up resentment. You have to say something in a gentle way — because, chances are, no one has ever told him the truth about how grating this habit is. Let him know that you care about him, you’re enjoying yourself, and yet you find yourself getting unintentionally annoyed with him. Not because he’s a bad guy, but because baby talk is such a departure from how you normally communicate and because you’ve never met anyone else who does anything like that in your 50 years. You’re pleased that he feels relaxed around you, but you just want to understand this behavior more.

Come from a place of understanding and curiosity, rather than lecturing, and, at the very least, he’ll know how you feel about his unique vocal stylings.

Whether it stops — and whether it’s dealbreaker material – only one of those is within your control. Please come back and let us know what happens.

Everyone else, please weigh in on the baby-talker and let me know what the most unusual/annoying trait you’ve ever had in a partner.

If your relationship is making you feel anxious, you must learn these 8 reasons why.
257 Shares
Tweet
Share257