What Can I Do to Make My Boyfriend Feel Better About Himself? 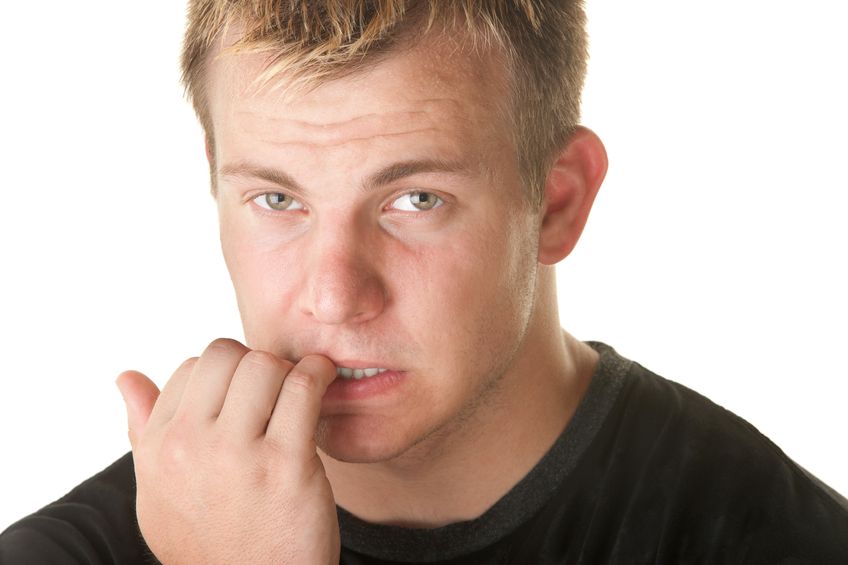 I love your blog. It’s nice reading a no-bullshit point of view with facts to back it up, and so I know that you’re the best dating coach to get advice from. My boyfriend and I are both 24 years old, and we’ve been together for almost a year now. We get along really well and feel like our natural selves with one another. He has always treated me well, and is kind, helpful, hard-working, loving, and also has a backbone. I find him attractive too, and so, of course, I compliment him, but he always denies it. He tells me that he isn’t good looking or attractive, and I think he’s quite self-conscious. For instance, when we went to the pool, he swam with a top on, and other times he’ll make fun of himself. Is it common for men to feel this way? And is there anything that I can do or say to help make him feel better?

This is a question about insecurity. Nothing more. Nothing less.

So, why is your boyfriend insecure?

This is a question about insecurity. Nothing more. Nothing less.

I’m fishing here, but you get the idea.

There are any number of reasons why an individual will lead with his insecurities.

But all of them predate you and are probably pretty deep-seated.

Thus, there are only two cures for insecurity:

– Experience, in which your boyfriend can learn that the negative things he’s internalized about himself are not entirely true, shouldn’t define him, and are dragging him down.

You can’t force him to go through therapy, but if you’re a great girlfriend, you can have this very conversation with him and ask him why he continually insults the man you love.

He doesn’t believe the good stuff yet. But with your help, he might — and you’ll have a more attractive and confident boyfriend when you’re done.

Then just sit back and listen. And, whenever possible, give him all the positive reinforcement he needs.

Soon, he’ll see why a woman like you continues to choose him above all others.

He doesn’t believe the good stuff yet. But with your help, he might — and you’ll have a more attractive and confident boyfriend when you’re done.