I’m In Constant Fear Of Losing Him — How Do I Calm Down?

I am a 56-year-old teacher, and met a nice man in March. He ended it after a short time. I felt he was making a mistake, but left him alone. I started dating and saw that he was on Match.com again also. I sent him an e-card for his birthday in May. He responded nicely, but gave me no indication he wanted to start dating again. Then he contacted me and said he found an old cell phone message from me and he wasn’t going to erase it because I am so nice. We started dating again in the beginning of June, and saw each other every day of his week-long vacation (he initiated it).

Now he is back to work and I am insecure. I always worry (because he ended it with me once before and also ended a six year relationship before me easily) that it might happen again. It’s terrible to live in fear. I have more invested in this now, and would probably be devastated if he did end it. He doesn’t know what I’m going through when we’re not together. Technically this relationship didn’t start in March, but June when we resumed. It just started, but I feel so connected physically and mentally, and it’s driving me crazy! How can I get to a place where this doesn’t immobilize me? I’m so afraid of losing the happiness and peace I feel when we are together. I would appreciate any advice. Thank you. Nancy

You’re not at peace.

And you’re asking ME how to enable you to continue this pattern?

Sorry, you’ve got the wrong guy.

You must have mistaken me for someone who wants women to have unhealthy relationships with emotionally unavailable men.

You must have confused me with a man who thinks that men should be in control and that women should just put up with all nonsense.

You must have misremembered some blog post where you thought I said that the ideal relationship is one where you’re walking on eggshells, anxious about the present, insecure with the future, and consistently questioning your man’s integrity.

Any readers ever feel what Nancy’s feeling?

Any readers have a POSITIVE tale about how their panic-inducing relationship has lasted for thirty years?

If so, let me know in the comments section that you’re the exception.

But the rule, Nancy, is this:

Your man’s job is to make you feel safe.

Your man’s job is not simply to be smart and sexy and appealing, but to be consistent and kind.

And if you’ve been with a guy for over 6-8 weeks and you still have questions about whether he’s your boyfriend, guess what?

You’re in a toxic, one-sided relationship that benefits him and is going to crush you in the long run.

Here’s a brief video clip from a speech I gave to a group of singles with the 8 Things that Your Boyfriend Must Do To Be Your Boyfriend: 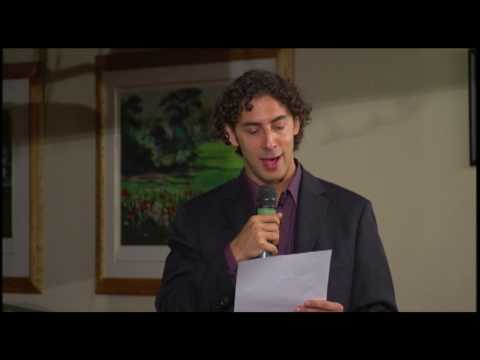 Therefore, your question, Nancy, shouldn’t be “What do I do to calm down?”

Rather, it should be, “Why would I feel nervous or insecure around this man?”

Chances are, it’s because he’s not doing most of what’s in the above video.

And if he’s not giving you those 8 things, the only course of action is to walk away because you’re not getting your emotional needs met.

If, of course, you choose to stick with him — as most women would – you’re pretty much just waiting for the other shoe to drop.

Don’t say I didn’t warn you.