I’ve Made A Million Mistakes and My Boyfriend Is Still Here. What Now? 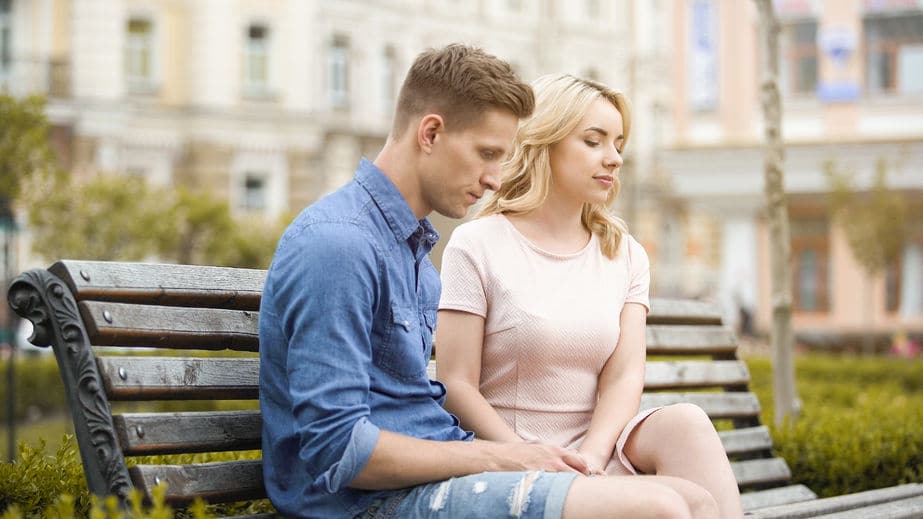 Hi Evan. Thanks for your beautiful advice. I’ve just read your book and I’m feeling pretty ashamed and embarrassed. My question is about what to do if I’ve made and am continuing to make almost all of the mistakes you outline in my current relationship, and yet my partner has stuck around. (It’s been 10 months all up – were not living together but have spoken about it, despite the turbulence). The trouble is, as I’m awake to these patterns, I’ve lost a lot of respect for myself and also for him. He wants me to “stop trying to change him” and although he’s non- specific, I agree in principle, and yet I keep seeming to get stuck on his flaws, which is horrible, but I do the same for me.

I’m also carrying a lot of insecurity because I drove a lot of the relationship up front and have felt like I’ve done a lot of ‘pushing’ so even if we do move forward now and improve our dynamic, I have this fear that he hasn’t chosen me.

If I hadn’t made so many of your mistakes myself I’d just cut and run but I do believe that neither of have been the people we want to be and we’re mirroring each other. I have a sense that I need to confront these patterns in myself regardless of whether I leave. My question is, can I fix this from inside the relationship and if so how? How can I deal with my insecurity about not being chosen and can I give him back the reins? How do I drop my attitude of wanting to change him – i.e for him to be cleaner, wanting him to make clear and specific requests of me rather than passive complaints.

We all make mistakes in relationships.

The best people take responsibility for those mistakes, vow not to repeat them, and when they slip up, apologize and try to do better the next time.

But that doesn’t mean that all relationships can be fixed with a dose of self-awareness, effort and humility.

Personality – from my reading and observation – is a lot more nature than nurture. This is not to suggest that people can’t grow and evolve, but rather, their basic personalities stay largely the same. Introverts rarely turn into extroverts. Narcissists rarely turn into humble servants. Cheaters rarely turn into faithful partners. And so on.

One of the core concepts in Love U is that you can’t have a relationship with a man dependent upon him changing for you. You pretty much have to assume that whoever he is right now is IT and make a choice: accept him or leave him. The third choice – nag him to change – is the one that most women make, leaving everyone unhappy.

You’re unhappy that he’s not changing for you!

You tell yourself that your criticism is valid (and it IS!)

You tell yourself that if he TRULY loved you, he WOULD change for you. (not true)

Of course, your constant criticism makes him want to either fight back and defend himself or completely withdraw from the relationship.

Of course, your constant criticism makes him want to either fight back and defend himself or completely withdraw from the relationship

How could he feel happy knowing that his girlfriend has so many problems with him?

How can he feel confident when all he hears about is what he does wrong?

How can he think that this relationship is worth preserving when he’s doing his best to make you happy and he always seems to fall short?

You asked a bunch of questions at the end, Claire:

“Can I fix this from inside the relationship and if so how? How can I deal with my insecurity about not being chosen and can I give him back the reins? How do I drop my attitude of wanting to change him – i.e for him to be cleaner, wanting him to make clear and specific requests of me rather than passive complaints?”

Here’s my answer to all of them:

Your only real question is the last one:

You will always want him to change. I desperately want my wife to change. But I also accept the fact that she won’t and I’ve largely made peace that, despite her “flaws,” she makes me happier than anyone I’ve ever met.

Life is about tradeoffs. Once you make peace with who he is instead of expecting him to change, you both have a chance at joy. But if you keep trying to change him, he’ll keep resenting you, even if he never has the courage to leave.

In other words, you may get a husband, but you won’t have a happy marriage.

This website uses cookies to improve your experience while you navigate through the website. Out of these, the cookies that are categorized as necessary are stored on your browser as they are essential for the working of basic functionalities of the website. We also use third-party cookies that help us analyze and understand how you use this website. These cookies will be stored in your browser only with your consent. You also have the option to opt-out of these cookies. But opting out of some of these cookies may affect your browsing experience.
Necessary Always Enabled
Necessary cookies are absolutely essential for the website to function properly. These cookies ensure basic functionalities and security features of the website, anonymously.
Functional
Functional cookies help to perform certain functionalities like sharing the content of the website on social media platforms, collect feedbacks, and other third-party features.
Performance
Performance cookies are used to understand and analyze the key performance indexes of the website which helps in delivering a better user experience for the visitors.
Analytics
Analytical cookies are used to understand how visitors interact with the website. These cookies help provide information on metrics the number of visitors, bounce rate, traffic source, etc.
Advertisement
Advertisement cookies are used to provide visitors with relevant ads and marketing campaigns. These cookies track visitors across websites and collect information to provide customized ads.
Others
Other uncategorized cookies are those that are being analyzed and have not been classified into a category as yet.
SAVE & ACCEPT
56 Shares
Tweet
Share56