Home > Blog > Flirting > Should I Stay With My Boyfriend If He’s a Pick-Up Artist? 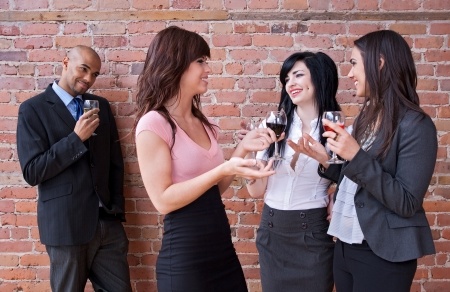 I’ve been exclusively dating a nice guy for almost eight months now. We’ve had good times together and he is always there for me when I need him. The thing is, before he met me, he was very promiscuous. (I don’t have a lot of dating experience.) He’s very into how men attract women and how they market themselves on the dating scene. When we watch movies with a relationship plotline, he takes care to tell me what the man is doing right/wrong. He wishes to have a motivational speaking career or a relationship counseling career when he graduates.

What bothers me is that he wants to teach guys how to attract women. The worst thing is that he says he wants to practice picking up women and getting numbers in order to be able to teach them. He says he’s not going to use the numbers or anything but he wants to practice so he can teach others and so he gains credibility as an attraction expert. He asked me if that was OK with me. I’m not stupid, and this bothers me a lot. He’s told  me that he’s not going to do it since it bothers me, but this is the 3rd time he’s asked this question. He told me not to tell my friends that he asked the question, because they would probably think it was weird. I want to know how or IF I can get him to curb his flirtatious ways.   I’ve explained to him how important it is to me but he doesn’t seem to get it. I want our relationship to work. Is he just not a one-woman man?

Wow, Jen. This is a question that could NOT have been asked five years ago.

Suddenly, lifetime virgins realize that all it takes to have a little “game” is a decent opening line and the confidence to fail. It’s a lesson, frankly, that EVERYBODY should learn. If only more people were as proactive as the PUAs, there’d be a lot more action and a lot less complaining out there.

Thanks to the emergence of the pick-up artist (PUA) community, there’s an entire subculture devoted to the very pursuits that fascinate your boyfriend. And, really, it IS fascinating, from a psychological perspective. A group of socially awkward men have learned, through trial and error, the SCIENCE of attracting women. In order to arrive at these techniques, they go out frequently to refine what works and what doesn’t, before reporting back to their online communities.

Suddenly, lifetime virgins realize that all it takes to have a little “game” is a decent opening line and the confidence to fail. It’s a lesson, frankly, that EVERYBODY should learn. If only more people were as proactive as the PUAs, there’d be a lot more action and a lot less complaining out there. Of course, the problem is that some men turn this pursuit into a sport, a hobby and an obsession all rolled into one. And if you’re the girlfriend of one of these guys, watch out. It’s hard to feel secure when your boyfriend is picking up on other women, if only to further his “career”…

You describe your boyfriend as a “nice guy.” Some readers might be skeptical, but I believe you, if only because I’m also a “nice guy” who found a career as a dating coach. I’m fascinated with male-female dynamics and the universality of all these dating questions, and can talk about it endlessly with whomever will listen.

But what’s different about what I do and what your boyfriend wants to do is this:

I’ve dated a few hundred people, written a couple of books, and coached thousands of people to dating success. If I never go on another date or see the inside of a club again, I would be THRILLED.

Timing is everything when it comes to relationships.

Your boyfriend, in order to be taken seriously as an expert, still feels that he has to do “field work.” His journey is just beginning. And while he cares about you, he’s equally passionate about his new “career.” That creates a push/pull dynamic that is not going away any time soon. If he stops his pursuit of pick-up artist mastery, he will feel resentful of you. If he continues — even if it’s genuinely in the spirit of research — you’ll feel resentful of him. Either way, one of you is making a sizable compromise that you don’t really want to make.

Which is why it’s hard to feel optimistic for you, Jen. Timing is everything when it comes to relationships. Catch this same guy in a few years and maybe he’s burnt out on The Game. But for now, he seems intent on trying to have his cake and eat it, too. Thus, you have two choices: stick around and trust that, in fact, everything your boyfriend is doing is purely research for his career, or get the hell out.

Before you do either of those things, I’d suggest a real heart-to-heart. No woman wants to make a man choose between her and a career, but few women are confronted with a career that is so very threatening. Perhaps there’s a third path where he can continue to grow his relationship skills (like, say, having a dating blog) without being a PUA. If so, I hope you guys can find a good compromise. Let us know.