Is Fear Keeping You From Finding a Relationship? 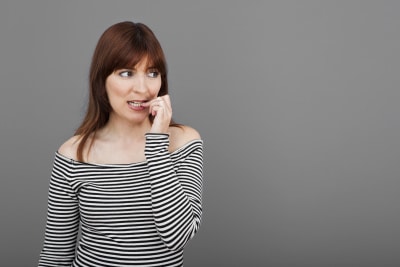 I’ll admit: I don’t read much dating advice. It’s not that I’m above it, but since I’m a busy married guy who writes his own dating advice, reading others’ takes on dating is pretty low on my priority list. But when an article popped up on my Facebook newsfeed that was called “The 12 Reasons You’re Afraid to Get Into A Relationship (And Why You Should Just Chill)”, I clicked through.

I quickly learned that author Lauren Passell and I are kindred spirits. Tell the truth with humor and let the chips fall where they may.

Most people don’t identify themselves as “afraid” of finding a relationship. They couch their singledom in other terms so that it doesn’t sound like a cop-out.

“I’m taking a break from dating right now.”
“I’m really busy with my career.”
“I don’t know too many happily married people.”
“I really like my independence.”

It’s not that these stories are definitively untrue; it’s that they don’t come close to telling the full story.

Most people don’t identify themselves as “afraid” of finding a relationship.

Fact is, if you want to fall in love, it’s there for the taking. Whether you’re afraid of heartbreak, afraid of intimacy, or afraid of compromise, you can stay single for the rest of your life, and that’s cool by me.

But you know what’s cooler? Sharing yourself fully with another human being and building a life together. And if you let your fear make all your decisions, you’ll never see the beauty of being truly in love.

Click here to read the article here and let me know what fear is making your decisions for you right now.