My Boyfriend of 7 Years Doesn’t Want to Move In or Get Married. What Should I Do? 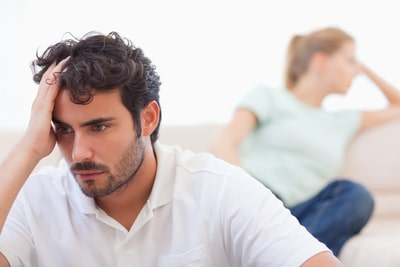 I am 40 and my boyfriend is 36. I have been previously married and have three kids 17, 15, and 10. He has none. We have been together for 7 years now. I have wanted to move in and get married since year two. He always says he “isn’t ready.”

A year ago he started living with me, kind of. He keeps all of his clothes at my house sleeps there every night and spends his down time there even when I am not home. I recently said I want him to fully move in because I think it would be financially better. He still keeps his apartment with his things in it. He calls it his “studio” (he is an artist) and he, after a huge disagreement, finally agreed it was the right thing to do.

Well, the day before the big move he backed out. He said he wasn’t ready and that he didn’t want to promise me anything in the future for fear of hurting me. He wants to keep it the way it is. I am so confused. We are really happy as long as we don’t talk about this kind of commitment. I believe he is in love with me but what do I do? Wait? I am confused what is going to change in his mind. He keeps saying he will lose himself and everything he loves to do if he moves in and gets married. He just sounds like a child to me. I appreciate your advice. Thank you.

This is going to be really hard for you to accept, Cahnie, but there’s no other way to say it:

Your boyfriend doesn’t want to marry you.

He’s never going to want to marry you.

If he actually DID marry you, it would be largely against his will and he’d end up resenting you for it.

And if you twisted his arm to get married and he resented you for it, it would probably not be a very happy marriage.

If he actually DID marry you, it would be largely against his will and he’d end up resenting you for it.

I know you just wrote me a three-paragraph email and I’m telling you to completely erase the past seven years, but, well, what were you expecting?

In fact, I’m going to guess that what I’ve just written only goes to confirm what you already know deep in your heart.

“I have wanted to move in and get married since year two.”

“He always says he isn’t ready.”

“The day before the big move, he backed out.”

“He didn’t want to promise me anything in the future for fear of hurting me.”

“He keeps saying he will lose himself and everything he loves to do if he moves in and gets married.”

Honestly, sweetheart, the writing is on the wall in ten-foot fluorescent orange letters. GET OUT!

The fact is that he doesn’t want to move in with you or marry you — if he did, he’d have done it years ago. He has a relationship completely on his terms, and you didn’t have the guts to walk away in Year 3.

Honestly, sweetheart, the writing is on the wall in ten-foot fluorescent orange letters. GET OUT!

Unless you want to write me this same exact email in one year, which is exactly what I predict if you don’t break up with him NOW.

P.S. If you NEVER want to get married and are content with this arrangement, you can keep seeing him, but you know what? He’s STILL going to break up with you eventually, so you might as well begin the healing process now.

This website uses cookies to improve your experience while you navigate through the website. Out of these, the cookies that are categorized as necessary are stored on your browser as they are essential for the working of basic functionalities of the website. We also use third-party cookies that help us analyze and understand how you use this website. These cookies will be stored in your browser only with your consent. You also have the option to opt-out of these cookies. But opting out of some of these cookies may affect your browsing experience.
Necessary Always Enabled
Necessary cookies are absolutely essential for the website to function properly. These cookies ensure basic functionalities and security features of the website, anonymously.
Functional
Functional cookies help to perform certain functionalities like sharing the content of the website on social media platforms, collect feedbacks, and other third-party features.
Performance
Performance cookies are used to understand and analyze the key performance indexes of the website which helps in delivering a better user experience for the visitors.
Analytics
Analytical cookies are used to understand how visitors interact with the website. These cookies help provide information on metrics the number of visitors, bounce rate, traffic source, etc.
Advertisement
Advertisement cookies are used to provide visitors with relevant ads and marketing campaigns. These cookies track visitors across websites and collect information to provide customized ads.
Others
Other uncategorized cookies are those that are being analyzed and have not been classified into a category as yet.
SAVE & ACCEPT
4 Shares
Tweet
Share4